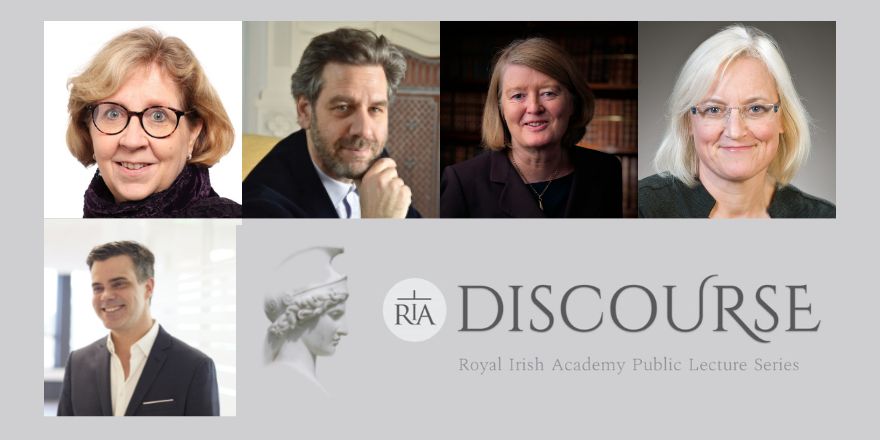 A comparative panel discussion chaired by Robert Gerwarth MRIA between four historians whose research focuses on Poland, Finland, New Zealand and Ireland to examine developments in the context of the Irish state’s history. Each historian will identify and present two or three developments from their research that their state got right and two or three that it got wrong or did not achieve. The countries selected, apart from Ireland, have some common characteristics with the Irish state: Finland which gained independence in 1917; New Zealand joined the Commonwealth in 1926 and Poland shared with Ireland, for much of the twentieth century, a predominantly Catholic and rural population.

PD Dr. Jochen Böhler is director of the Vienna Wiesenthal Institute for Holocaust Studies (as of 1st October 2022). Before, he has worked at the German Historical Institute in Warsaw (2000-2010), at the Imre Kertész Kolleg in Jena (2010-2019), and as acting chair for Eastern European History at the Friedrich-Schiller-University in Jena (2019-2022). His research fields include the two World Wars, the Holocaust, nation building, and the history of violence. He is co-editor of (with Włodzimierz Borodziej and Joachim von Puttkamer) The Routledge History Handbook of Central and Eastern Europe in the Twentieth Century, vol. 4: Violence (Routledge, 2022), of (with Robert Gerwarth) The Waffen-SS. A European History (Oxford University Press, 2017), and author of Civil War in Central Europe. The Reconstruction of Poland, 1918-1921 (Oxford University Press, 2018).

Mary E. Daly MRIA is Emeritus Professor of History at University College Dublin (UCD) and served for seven years as Principal of UCD College of Arts and Celtic Studies. She served as President of the Royal Irish Academy from 2014-17. A graduate of University College Dublin and Oxford, she has been awarded honorary doctorates by Queen’s University Belfast and the National University of Ireland.  Many of her publications examine the history of twentieth century Ireland, including, Industrial Development and Irish National Identity, 1922-39 (1991), Women and Work in Ireland (1997); 1916 in 1966. Commemorating the Easter Rising (RIA, 2007), co-edited with Margaret O’Callaghan; Sixties Ireland.  Reshaping the Economy, Society and the State, 1957-73, (2015); A Social History of Modern Ireland, 1740-2000, (2017), co-edited with Eugenio Biagini, and Brokering the Good Friday Agreement.  The Untold Story, (RIA, 2019), which she edited. The Battle to Control Female Fertility in Modern Ireland will be published in 2023.  Since 2012 she has been a member of the Irish Government’s Expert Advisory Group on the Decade of Centenaries.

Marjaana Niemi is Professor of International History at the Tampere University, Finland. Niemi has led many comparative research projects on Northern European history, and she was a team leader in the “Finnish Centre of Excellence of Historical Research: Re-thinking Finland 1400–2000” in 2012–2017. Her publications include Finnish Society 1400–2000: Communities and Identities (with P. Markkola and P. Haapala/ published in Finnish in 2021), Green Landscapes in the European City (with P. Clark and C. Nolin/ Routledge 2017) and Public Health and Municipal Policy-Making: Britain and Sweden 1900–1940 (Routledge 2016). Niemi is currently working, together with Professor P. Clark, on an edited volume entitled The Making of Finnish Cities and Towns: An Urban History, 1200–2020.

Charlotte Macdonald is Professor of History at Victoria University of Wellington – Te Herenga Waka, Wellington, New Zealand. She is a historian of modern New Zealand – Aotearoa, within the wider frameworks of empire and colony. She has a long standing research interest in the histories of women and gender. Charlotte has been the President of the New Zealand Historical Association on two occasions and is the New Zealand representative on the International Federation for Research in Women’s History. Her publications include A Woman of Good Character (1990), The Book of New Zealand Women/Ko Kui Ma te Kaupapa (1991, edited with Merimeri Penfold and Bridget Williams), Strong, Beautiful and Modern (2011) and Garrison and Empire (forthcoming 2023). Charlotte Macdonald is a Fellow of the Royal Society of New Zealand and current Chair of the Academy, Royal Society of New Zealand Te Apārangi.

Robert Gerwarth MRIA, is Professor of Modern History at UCD and Director of the UCD Centre for War Studies. His published work focuses on early to mid- twentieth century European history with a particular focus on the history of violence. Among his numerous publications in this field are The Vanquished: Why the First World War Failed to End and November 1918: The German Revolution.