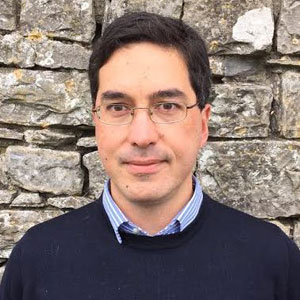 Alexander Thein's undergraduate degree is in Classics from Keble College, Oxford, his PhD is in Ancient History from the University of Pennsylvania. After living in Philadelphia for four years, he had two years of research in Berlin in part funded by the DAAD, and one year of postdoctoral research at the British School at Rome, funded by the British Academy. His first teaching position was at Johns Hopkins University in Baltimore, Maryland. He moved to UCD in 2004, and since 2015 he's been Head of the School of Classics.