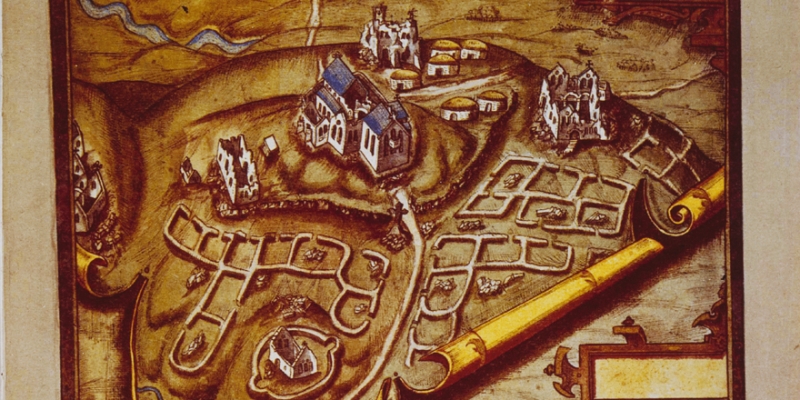 Anngret Simms on the 'Monastic Town'

The second in the series is on the Monastic town by Anngret Simms, author of IHTA no. 4 Kells (Royal Irish Academy, Dublin, 1990). In this essay, Simms looks at the role of the Monastic town in Irish urban history.

In Ireland some of the present-day towns have roots that are firmly embedded in settlement structures of early Irish civilization, that is to say before the Viking, Anglo-Norman and Plantation towns were built. As long as the study of urban origins was considered predominantly an aspect of legal and constitutional history a legalistic concept of what constituted a town hindered our assessment of incipient towns.

When we started the Irish Historic Towns Atlas series in the early 1980s we realised that Irish settlement history suffered under an invasion neurosis caused by the belief that successive changes in the Irish countryside were to be exclusively attributed to the arrival of a new ethnic group. The Irish scholar D.A. Binchy wrote in 1954 that urban civilisation in Ireland was more or less imposed on the Irish from outside by foreign conquerors.

There is no doubt that because of the repeated external colonisation in the course of Irish history and the resulting foundation of towns it is particularly difficult to recognise the incipient forms of urban life in our country. Howard Clarke and I have come to distinguish between early medieval proto-towns and fully fledged high-medieval towns. We mentioned three groups of proto-towns: Gaelic monastic towns, Viking seaports and Gaelic market towns. Gaelic monastic towns are a distinctly Irish species resulting from the important role played by Early Christian monasteries as central places. They were more than the habitation of saints and scholars as they were also populous centres with a long history of violence.

In canonical writings the precincts of monastic towns are described as consisting of three zones: sanctus, sanctior and sanctissimus, with the most holy at the core. Each of these functional zones had their own enclosures and the exciting issue is that these enclosures are reflected in the present-day composite town-plans of towns with their origin in monastic life. This is particularly obvious on the 1:2500 plans of Kells, Armagh and Tuam. The proto-urban functions of these early monastic places can be summarised as centre of education (schooling), patron of the arts (high crosses), keeper of treasures (in round towers), a provider of sanctuary and the location of a market.

Text maps for early Christian Armagh and medieval Tuam from IHTAs no. 18 by Catherine McCullough and W.H. Crawford and no. 20 by J.A. Claffey

Text maps for Kells and Kildare from IHTAs no. 4 by Anngret Simms and no. 1 by J.H. Andrews

The late archaeologist Leo Swan, by using aerial photography, showed a marked consistency in dimension, layout, structures and features in these places creating the impression that they were designed in conformity with a planned arrangement. The round tower usually stands to the west of the church, the entrance to the outer enclosure was generally located towards the east and was marked by a special cross around which market functions developed. 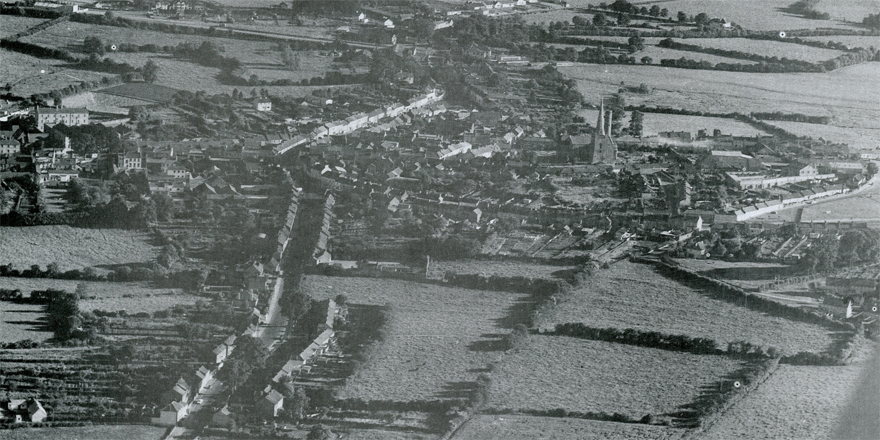 The map of Kildare shows the elegant round tower of the Early Christian monastery next to the massive medieval cathedral built by the Anglo-Normans in the thirteenth century. These examples show that all maps reflect changes in power structure. Our maps offer you a chance to explore these changes in the topography of Irish towns.

IHTA Online is a collaborative project with the Royal Irish Academy and Eneclann (Irish Genealogy and History Research Services). The cover, essay, topographical information, core maps and bibliographies of IHTAs 1 to 27 have been made freely available as pdfs online. They were released by town-type monthly and to date, further reading about 'Towns of monastic origin', 'Towns of Viking origin', 'Towns of Anglo-Norman origin' and 'Early modern, Gaelic and Plantation towns' are available here.