Blackstaff Residents’ Association believes that Bell needs to be recognised within the community from which he came. They have erected a blue plaque on what was the Bell family home on Tates Avenue. 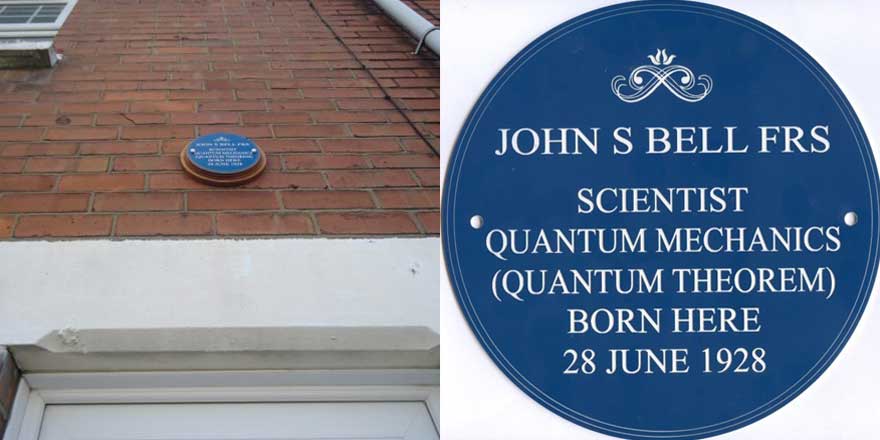 John Bell attended Fane Street Primary School which is very close to Tates Avenue where he grew up.

The school is very proud of its association with John Bell who is an inspirational hero and role model to the pupils.  The pupils produced this video about John Bell in partnership with Nerve Belfast, Queen's University Belfast, Department for Communities,  Greater Village Regeneration Trust and XRay Eye Films:

John Bell was a titan of modern science and now he's got his own Belfast street.

A new street sign honouring one of the 20th century's greatest physicist was unveiled in John Bell's native city on 19 February 2015 by his family and Lord Mayor Nichola Mallon. 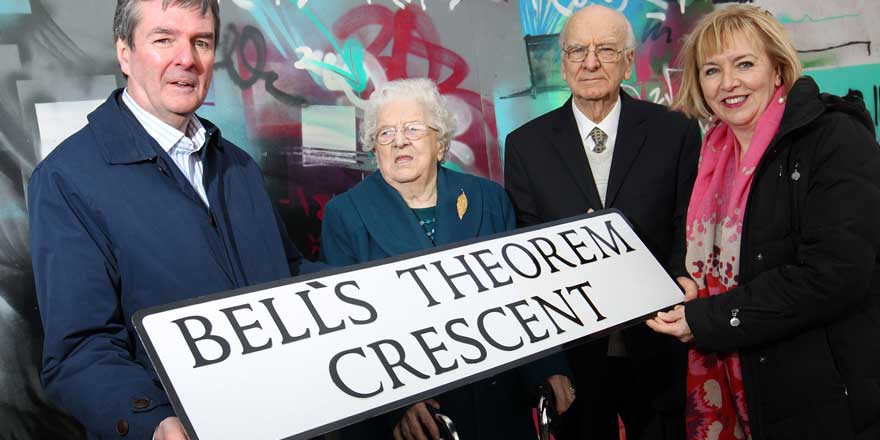 The building that once housed the old Belfast Metropolitan College on College Square East was named John Bell House in 2014. 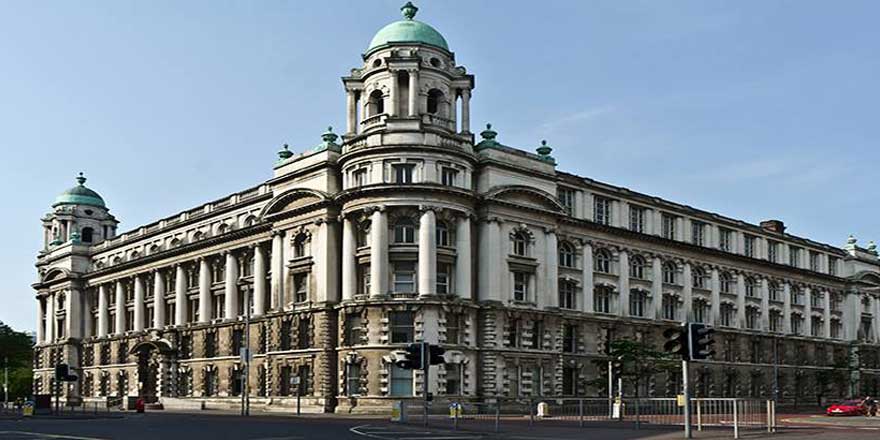 A blue plaque has been erected in Queen's University Belfast to honour their distinguished alumnus. 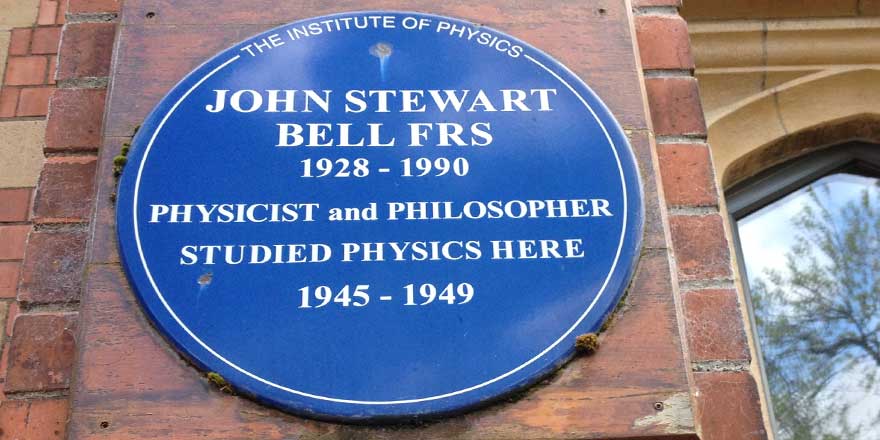 In honour of John Bell Belfast City Council led a project funded by the Department for Communities at the pedestrian entrance to Olympia Leisure Centre and the National Football Stadium at Windsor Park.  The entrance was named the John Stewart Bell Gateway and the artist Ralf Sander was commissioned to sculpt a piece of art which highlights the links between physics and football.

Talking about the inspiration for the sculpture, Ralf said: “The two-metre high sculpture is an infinite surface with only one side and only one edge; a mathematical figure called Möbius strip.

“In theory, the outcome of a football game could be precisely calculated, in practice, there are too many variables, there’s too much we don’t know.  The surface is inspired by a football strategy book I was given as a teenager which showed coloured arrows on the surface of a football field, illustrating different strategies at work, mirroring particle movements in physics.” 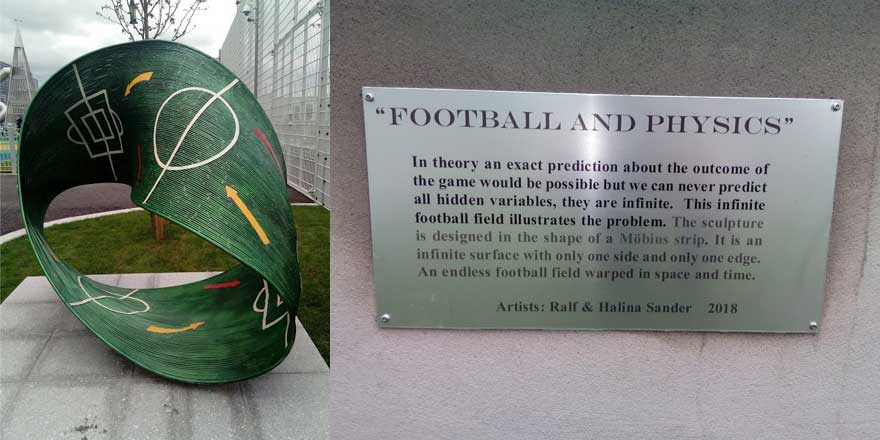