From ‘Bridgets’ to business magnates: a celebration of 300 years of Irish women in America 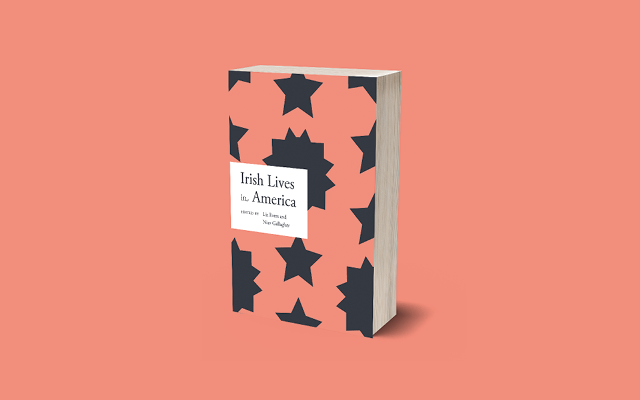 Join Ireland's Ambassador to the United States of America, Dan Mulhall, in conversation with Liz Evers and Niav Gallagher, editors of 'Irish Lives in America'.

Ireland's Ambassador to the United States, Daniel Mulhall, invites you to the American launch of our recent book Irish Lives in America, a St Brigid’s Day celebration of the lives and achievements of Irish women who made America their home over the last 300 years.

We'll meet characters such as Margaret Maher, one of the multitude of 'Bridgets' in America (a collective name given to Irish domestic servants) who is credited with preserving the poetry of Emily Dickinson; Belinda Mulrooney, a Sligo native who became the richest woman in the Klondike, ran her own bank, then lost it all; Gertrude Brice Kelly, a respected New York surgeon and political radical calling for an independent Ireland; Kay McNulty, a pioneering ‘human computer’ whose work went unrecognized for many years, and many other extraordinary women who made their mark on America.

Joining the Ambassador in conversation are Liz Evers and Niav Gallagher, editors of Irish Lives in America. More speakers to be announced soon!

Purchase a copy of Irish Lives in America.

Daniel Mulhall was born in Waterford, Ireland. He has spent more than 40 years in Ireland’s diplomatic service and is currently Ireland’s ambassador in the United States. He has written and lectured around the world on the subject of Irish literature, and in particular the work of James Joyce, and has worked tirelessly throughout his career to further the impact and reach of Irish writing around the world.

Liz Evers is a writer and editor who has worked in the publishing industry in the UK and Ireland for many years and is the author of several popular reference books on diverse subjects, from Shakespeare to horology. She is a graduate of University College Dublin (BA English) and Dublin City University (MA Film). She joined the Dictionary of Irish Biography as researcher and project copy editor in 2018.

Niav Gallagher is a medieval historian, specialising in the links between religion and politics in thirteenth- to fifteenth-century Ireland, Scotland and Wales. Among other roles, she has worked as a lecturer and as a researcher for genealogical and historical research company Eneclann, on several collaborative projects, including the National Archives Millennium Project and the Irish Battlefields Project. Niav is a graduate of University College Dublin (M.Litt.) and Trinity College Dublin (Ph.D.). She joined the Dictionary of Irish Biography as a researcher in 2018.