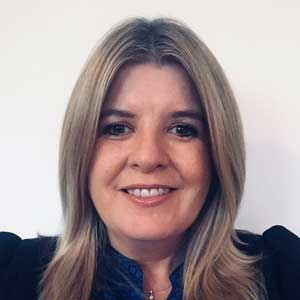 Prof Christine O’Connor completed her PhD with Prof Han Vos in Dublin City University in 1999. On completion of her PhD Christine managed an analytical EU CRAFT project titled ‘Experimental validation of a novel multipurpose distillation technology’ in Dublin Institute of Technology (DIT) with Dr John Fox. From 2000 to 2004 she became an Assistant Lecturer in the School of Chemical and Pharmaceutical Sciences, DIT. Christine was a Lecturer in the School of Chemical and Pharmaceutical Sciences from 2004-2014. Christine was appointed Assistant Head of School of Food Science and Environmental Health, DIT in 2014. She received an Honorary Professorship from Dublin Institute of Technology in 2018. She was presented Fellow of the Royal Society of Chemistry (RSC) in 2020. Christine is an active researcher in the areas of inorganic/ bioinorganic chemistry, waste valorisation in the bioeconomy and bioactive analysis, and trace chemical analysis in food products and processes. She has also a depth of experience in curriculum design during her career in DIT/ TU Dublin and in recent years has been working with developing countries on course design at undergraduate and postgraduate third level Universities. Christine is the Treasurer of the RSC Educational Committee of Ireland and a member of the RSC Ireland Steering Group.