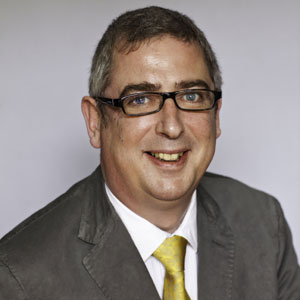 Colin O’Dowd gained a B.Sc. in Experimental Physics from University of Galway (1987) and his PhD in Atmospheric Physics from the University of Manchester Institute of Science & Technology (1992).  He was appointed Professor of Physics at the University of Helsinki in 2000 and Adjunct Professor in the University of Galway in 2001, and later (2007) appointed Personal Professor at the School of Physics, University of Galway, where he is Director of the Ryan Institute’s Centre for Climate & Air Pollution Studies. His research focuses on formation and transformation of atmospheric aerosol, aerosol-cloud-climate interactions and air pollution – climate coupling. His research into air pollution-climate interactions has led to ~260 international journal publications (6 in Nature and 1 in Science), h-index of 56.   He is ranked in the Thomson-Reuters top 1% cited and “most influential scientific minds” in the world.  He was contributing author to the IPCC AR5, author of number of white papers (Ocean acidification, air-pollution – climate interactions) and a range of research-policy driven reports. He participates in/coordinates many international high-profile research projects.

He has been elected FRMetS, FInsP, 2004 International Smoluchowski Award winner, 2007 recipient of Doctor of Science by the University of Manchester,  2010 Member of the Royal Irish Academy,  the 2012 Appleton Award & Medal recipient from the Institute of Physics, the Royal Irish Academy Gold Medal in Geosciences, 2013,  and the 2016 Mason medal awarded by the Royal Meteorological Society.