The creation of the Anglo-Treaty Treaty of 1921 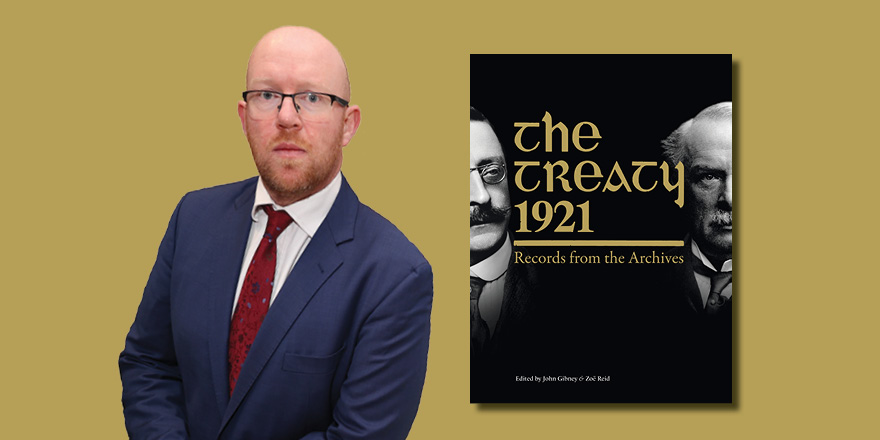 The first lecture will take place at 5.30 p.m. on Friday, 19 August, as part of the Festival's Hedge School.

The Anglo-Irish Treaty of December 1921 led to the creation of an independent Irish state, but also a devastating Civil War that defined Irish politics for decades. Divisive as it proved to be, the signing of the Treaty on 6 December 1921 is a key milestone in modern Irish history. This lecture, based on the Irish National Archive’s landmark centenary exhibition on the negotiation of the Treaty negotiations, explores how it came into being, what it created, and the legacies it left behind.

Read more on this topic in The Treaty, edited by John Gibney and Zoë Reid. This lavishly illustrated book, published in partnership with the National Archives, explores the world that the Irish delegation lived in for seven fateful weeks in 1921, and how the Treaty that they negotiated came into being.

Find out more about Lecture #2 and Lecture #3. Check out the Festival programme and buy your tickets at wwwirishfest.com.