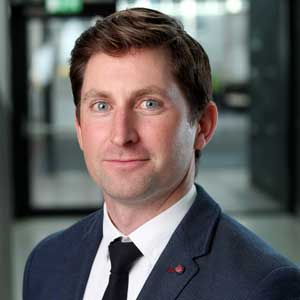 IPPOSI ( The Irish Platform for Patient Organisations, Science and Industry )

Derick Mitchell, PhD (@DerickOMisteal) is the Chief Executive Officer of IPPOSI. Derick has a background in research, strategy and advocacy from over 12 years’ experience spanning a number of leadership roles in research and multi-stakeholder engagement in Ireland and at the EU-level. Derick has a strong track record in collaborating to influence healthcare policy with the goals of enhancing research infrastructure, increasing patient involvement and improving access to treatments. Derick believes in the power of a united voice when it comes to patient advocacy and the central role of patients and their representative organisations in healthcare and research.

At an international level, Derick is an elected board member of the European Patients Academy (EUPATI) Foundation, a global initiative which is training patients to become involved in the medicines R&D process, and has spread the IPPOSI public-private partnership model to over 20 countries. Derick is  chairperson of the European patient representative round-table of ISPOR – the Professional Society for Health Economics and Outcomes Research; a Patient Advisor to the OECD Patient-Reported Indicator Survey (PaRiS) initiative as well as a founding member of the European Patients’ Forum-led DataSavesLives.eu initiative.

In Ireland, Derick serves on the advisory boards and steering committees of a number of health-related initiatives including Health Innovation Hub Ireland, EHealth Ireland, a number of HIQA Advisory committees. Derick is chairperson of the Scientific Advisory Board of the HRB-Trials Methodology Research Network (HRB-TMRN) and a member of the Governance committee of the Precision Oncology Ireland research consortium. Derick holds a Bachelor of Science degree in Biotechnology from NUI Galway and a PhD in Molecular Medicine from University College Dublin. Outside of IPPOSI, Derick spends his free time attempting to influence his two young daughters.