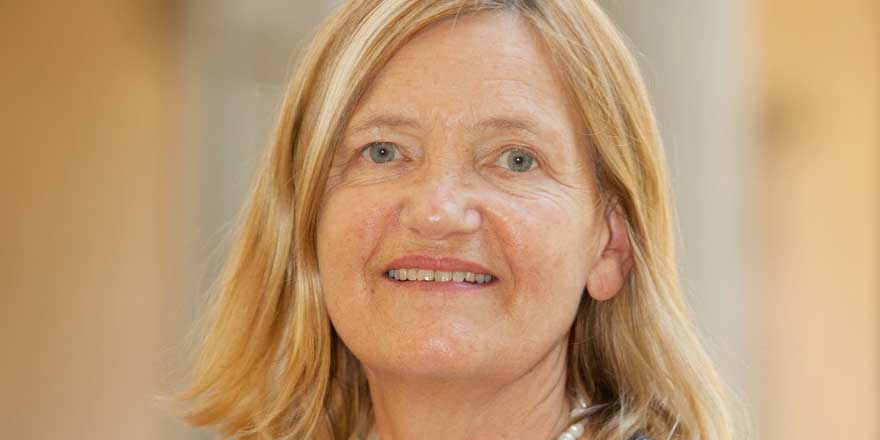 We are delighted that Brigid Laffan MRIA, will be giving this year’s Schapiro Lecture for Government and Opposition on ‘The Emergence of Collective Power Europe (CPE)’. Her analysis is of significant contemporary significance, highlighting the cases of Brexit, the pandemic and the war in Ukraine.

This year’s lecture will be particularly special. The Royal Irish Academy, hosting the event in Dublin gives G&O an opportunity also to formally commemorate G&O colleague and friend Professor Robert Elgie, who was also a Member of the RIA, and to have his family present.

The lecture will be opened by Dr Mary Canning, President of the Royal Irish Academy.

Professor Helen Thompson will give a short tribute to Robert Elgie on G&O’s behalf.

Professor Laffan’s lecture will be followed by an opportunity for audience questions.

Following a long decade of crises, it is timely to revisit a macro question concerning the European Union, namely, the nature of the beast or the kind of polity that has emerged from crises and challenge. Concepts such as Market Power Europe and Normative Power Europe no longer capture the essence of the EU as it struggles to act in response to crisis. This lecture offers the concept of Collective Power Europe (CPE) as a suggestive means to address the kind of EU that is emerging. The lecture addresses what is meant by collective power and what its essential ingredients are. Then the analysis pivots to three cases where it will be argued the EU exercised collective power. These are Brexit, the pandemic and the war in Ukraine. The underlying assumption is that the EU represents a robust and resilient form of political order and that its distinctiveness serves to disguise its strengths.

Brigid Laffan is Emeritus Professor at the European University Institute.

Professor Laffan was Director and Professor at the Robert Schuman Centre for Advanced Studies and Director of the Global Governance Programme and the European Governance and Politics Programme at the European University Institute (EUI), Florence until her retirement in August 2021.

Previously, Professor Laffan was Professor of European Politics at the School of Politics and International Relations (SPIRe) University College Dublin (UCD), and she was Vice-President of UCD and Principal of the College of Human Sciences from 2004 to 2011. Professor Laffan was also the founding director of the Dublin European Institute UCD from 1999 and in March 2004 she was elected as a member of the Royal Irish Academy. She is a member of the Board of the Mary Robinson Foundation for Climate Justice, the Fulbright Commission (until September 2013) and was the 2013 Visiting Scientist for the EXACT Marie Curie Network. In November 2018 she was ranked among the women who shape Europe by POLITICO and was also awarded by the University of Limerick Alumni Association with its highest honour. In September 2014 Professor Laffan was awarded the UACES Lifetime Achievement Award. In 2012 she was awarded the THESEUS Award for outstanding research on European Integration. In 2010 she was awarded the Ordre national du Mérite by the President of the French Republic.