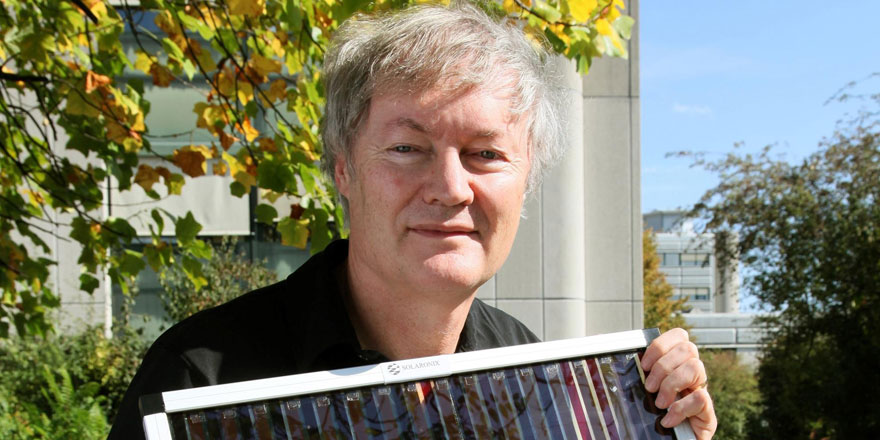 Professor Michael Graetzel will address the planetary emergency that has developed as a consequence of the continued depletion of fossil fuel resources, leading to 'Greenhouse' warming and unprecedented environmental pollution. The quest for alternative energy options and the energy demands of an increasing global population will be discussed. Exciting technologies will be explored, including the amazing rise of a new generation of highly efficient, low cost photovoltaic converters based on dyes or perovskite pigments as light absorbers, and mesoscopic photosystem that mimic the primary process of natural photosynthesis in generating fuels from sunlight.

Michael Graetzel is Professor at the Swiss Federal Institute of Technology and directs the Laboratory of Photonics and Interfaces. He pioneered the use of mesoscopic materials in energy conversion systems, in particular photovoltaic cells, lithium ion batteries and photo-electrochemical devices for the splitting of water into hydrogen and oxygen by sunlight. He discovered a new type of solar cell based on dye sensitised nanocrystalline oxide films. Author of over 1000 publications, two books and inventor of more than 50 patents, his work has been cited over 148'000 times (h-index 176) making him one of the 10 most highly cited chemists in the world