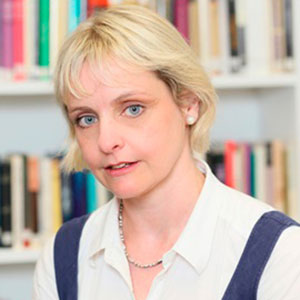 Etain Tannam (BA Economics and Political Science, Trinity College Dublin) received her MA in West European Politics from the University of Essex and was awarded a British Council scholarship for her PhD at the London School of Economics on the topic of the effect of the European Union on Cross-Border Cooperation in Ireland. She is author of International Intervention in Ethnic Conflict: A Comparison of the European Union and United Nations (2014, Basingstoke, Palgrave) and Cross-Border Co-operation in Ireland (1999, Basingstoke, Palgrave) and has published various book chapters and international journal articles (see below). Her research interests are in the areas of Northern Ireland and British-Irish relations, including the impact of Brexit, international organizations and conflict resolution, United Nations (UN) and European Union (EU) politics. She is currently writing a book British-Irish Relations in the 21st Century, 2020, forthcoming, Oxford, Oxford University Press.