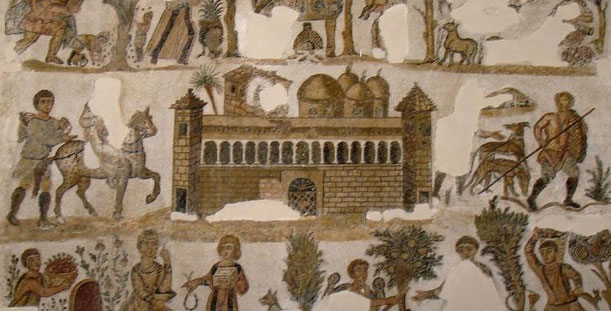 Public Lecture: 'Ancient Philosophy and the Contemporary Good' on Thursday 12 November at 17:00 in Newman House followed by a one day Classical Studies Colloquium 'Ethics and Society in the Ancient World' on Friday 13 November from 09:30-15:30 in Academy House.

This public lecture is part of the Classical Studies Colloquium 2015 and will be held in Newman House. Please note that you must book for the lecture and the colloquium separately.

The lecture will be given by Angela Hobbs, Professor of the Public Understanding of Philosophy at University of Sheffield on the topic of Ancient Philosophy and the Contemporary Good.

Angela Hobbs was appointed Professor of the Public Understanding of Philosophy at the University of Sheffield in 2012, a position created for her and the first of its kind in the U.K. Her chief interests are in ancient philosophy and literature, ethics (both theoretical and applied) and political theory, and she has published widely in these areas, including Plato and the Hero (Cambridge University Press). She contributes regularly to radio and TV programmes (including 19 appearances on In Our Time with Melvyn Bragg), newspaper articles and philosophy websites; she lectures and gives talks around the world. She also engages in a variety of public and civic work in the U.K and abroad
She addresses contemporary challenges such as the ethics of war, the ethics of money, how best to promote inter-faith and faith-secular dialogue and the notion of fairness.

Angela is a Fellow of the Royal Society of Arts, Chair of the Institute of Art and Ideas Trust, an Honorary Patron of The Philosophy Foundation, one of the Town Philosophers for Malmesbury PhilosophyTown, and is on the Advisory Committee of the Speakers' Corner Trust.

Ethics and Society in the Ancient World Classical Studies Colloquium 2015

Over the course of the day five speakers will explore the relationship between ethics and society in the ancient world using a range of perspectives and sources.

Programme for the day