Excavations at Knowth Vol 4: Historical Knowth and Its Hinterland

This fourth volume in the Excavations at Knowth series evaluates the historical role of Knowth and the Brugh na Bóinne complex. It explores the history, settlement and society of Knowth and the wider Brú na Bóinne district, from the emergence of political power in the Boyne Valley to the beginning of the 21st century. The first chapter deals with the earliest references to the region in the seventh and eight centuries as an important place within the kingdom of North Brega and as, from the 8th century, its royal residence. Chapter 1 also considers the ogham and vernacular inscriptions found in the Knowth passage tombs - the tomb ‘graffiti’ comprising five scholastic oghams and sixteen personal names in the vernacular style. Chapter II focuses on the Medieval period from the demise of the old Brega kingship and its replacement by a Cistercian monastic order in 1142. Changes in the pattern of settlement, from the occupation of the area by the Anglo-Normans to the Reformation, are examined. Chapter III discusses the emergence of the Protestant landed gentry in the 18th century and the economic development of the area right through to the present. It considers the acquisition by the Irish state of the large mound at Knowth, the programmes of excavation and conservation at the site and development of Brugh na Bóinne as a place of mass tourism. This lavish, landmark publication reveals in its full scope how the material world of Brugh na Bóinne was collectively carved and constructed through the centuries.

Francis John Byrne MRIA is Professor Emeritus of early Irish history at University College Dublin. He is joint author of Excavations at Knowth Vol 4: Historical Knowth and Its Hinterland (2008).

William Jenkins is an Associate Professor in the Department of Geography at York University. He is joint author of Excavations at Knowth Vol 4: Historical Knowth and Its Hinterland (2008). 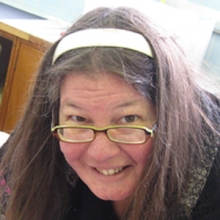 Catherine Swift is a Lecturer in Irish Studies at Mary Immaculate College, University of Limerick. She is joint author of Excavations at Knowth Vol 4: Historical Knowth and Its Hinterland (2008).