Excavations at Knowth Volume 5: The archaeology of Knowth in the first and second millennia AD

The ancient burial sites of Knowth, Newgrange and Dowth make up the archaeological complex at Brugh na Bóinne, a UNESCO world heritage site which has attracted enormous international interest. George Eogan began excavating the site at Knowth in 1962 and this is the fifth volume of the Excavations at Knowth monograph series. Volume 5 presents the findings relating to the use of the site from the Late Iron Age to the modern era. The huge array of finds excavated at Knowth associated with the period under consideration are presented, with an accompanying CD-ROM cataloguing the un-illustrated finds. A series of appendices deals with such topics as the metal content of a selection of the Roman, Viking, and Early Christian artefacts from Knowth, and the findings of a geophysical survey conducted on one area of the site in late 2011. 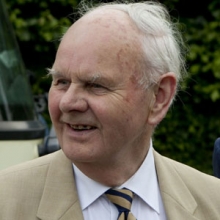 Goerge Eogan BA, PhD, DLitt, LittD(hc), MRIA, FSA, was an Irish archaeologist with particular interest in the Neolithic and Late Bronze Ages. He was professor emeritus of Celtic Archaeology at University College Dublin. He was the director of the Knowth excavations for almost 40 years, as part of his research into the passage tomb builders in Ireland and Western Europe, and the results of his work in this area were published in an extensive series of books and papers. He also served as a member of Seanad Éireann.