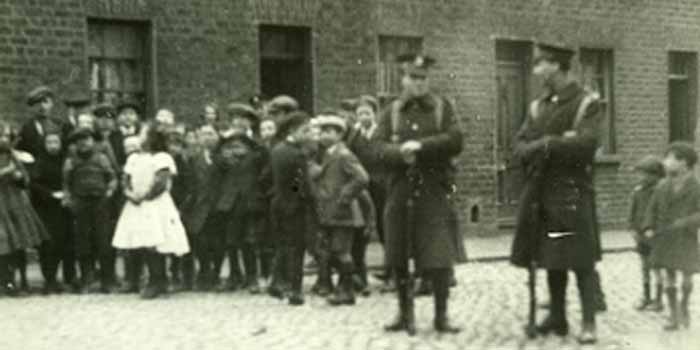 In collaboration with Century Ireland, we are making the 50 essays freely available online. Today's essay is by Tim Wilson and it covers Winston Churchill's declaration of peace, which took place on 30 March 1922:

"‘Peace is today declared.’ Rising in the House of Commons late on the evening of 30 March 1922, Winston Churchill thus dramatically announced the reaching of an agreement between Sir James Craig (as prime minister of Northern Ireland) and Michael Collins (on behalf of the Irish Free State). Under the circumstances, his optimism was—to put it mildly—striking.An earlier, similar, deal (of 21 January) had sunk without trace. Killing rates in Belfast were at their twentieth-century peak. Yet Churchill’s ebullient showmanship distracted from these brutal realities to promise ‘a reformed, non-sectarian Northern Ireland so far as security and employment policy were concerned, in exchange for an end to IRA violence…and Dublin recognition’." Continue reading (you will be redirected to the website of Century Ireland)