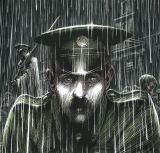 Edward Daly (1891–1916) was born in Limerick city to a strongly republican family, and worked as a clerk in Dublin. A member of the IRB and commandant of the 1st battalion Irish Volunteers, he commanded the rebel forces headquartered in the Four Courts and active along Church Street, and fought British advances to a virtual standstill. Among the prisoners held outdoors in teeming rain before the Rotunda on the night after the surrender, he was executed on 4 May. 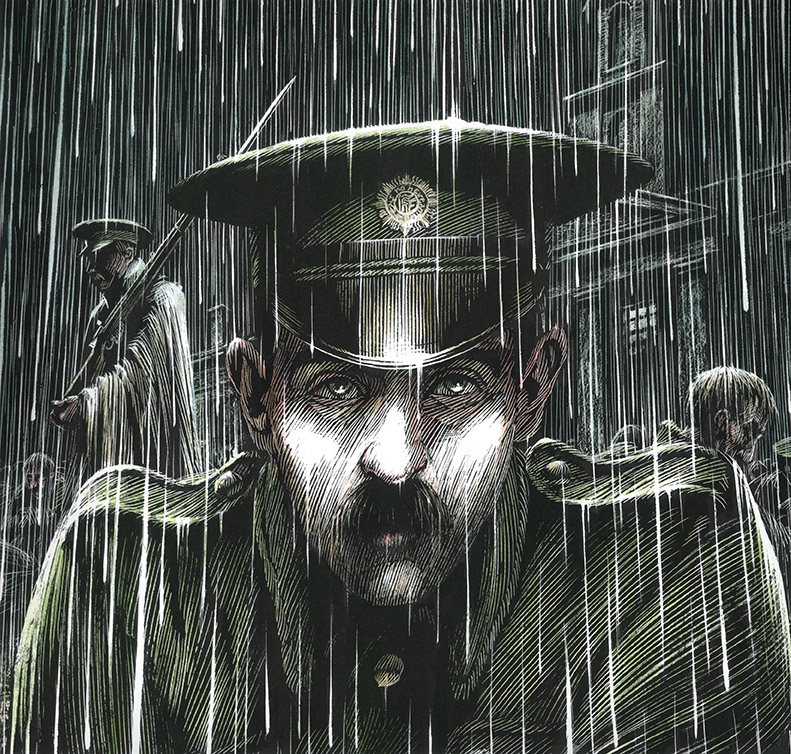