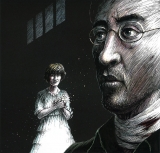 Joseph Mary Plunkett (1887–1916), born to a wealthy Dublin family, was a poet and journalist. Interested in military strategy and tactics, he was instrumental in preparing the detailed plans for the Easter rising. His neck bandaged after a recent operation on tubercular glands, he served with the headquarters garrison in the GPO. He married his fiancée, Grace Gifford, in Kilmainham jail hours before his execution, on 4 May. 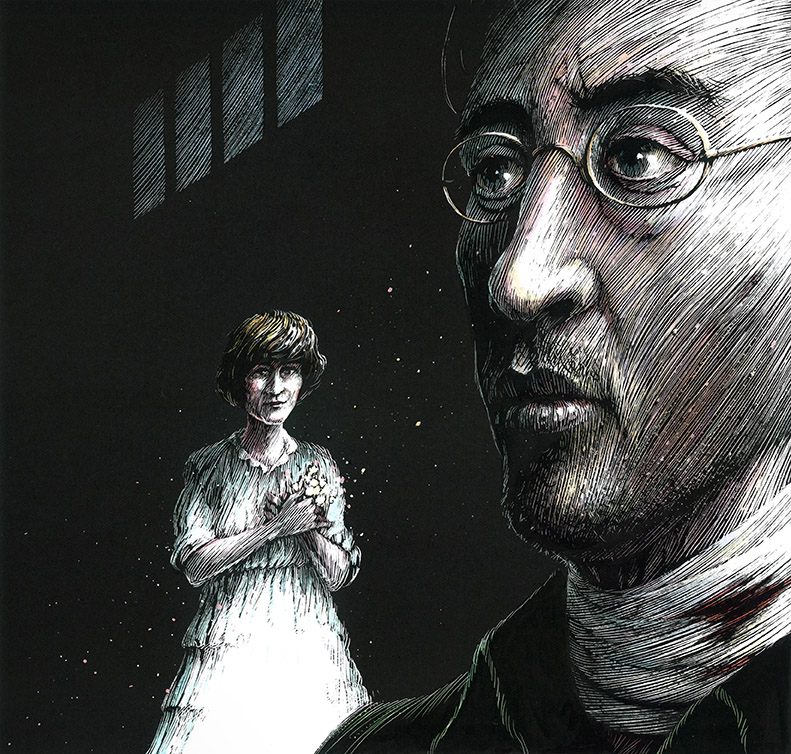