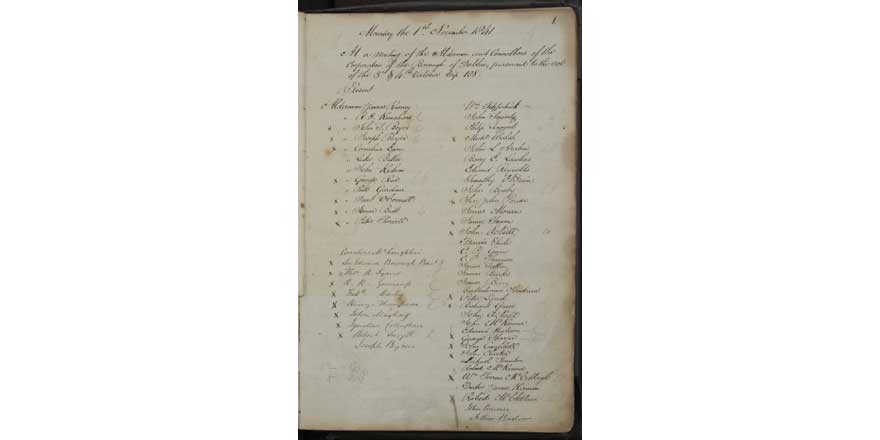 The Digital Repository of Ireland (DRI) is delighted to announce that the Dublin City Council (DCC) Manuscript Minutes 1841–1881 collection is now available in the Repository.

The Dublin City Council (DCC) Manuscript Minutes 1841–1881 collection published by  Dublin City Library and Archive (DCLA), covers a truly significant period in Irish history and the minutes touch on these important events including the election of ‘the Emancipator’, Daniel O’Connell, as lord mayor of the capital and the famine. There were a number of important civic developments in this period that still affect the city today. These include the passage of ‘The Dublin Improvement Act 1849’ under which DCC was entrusted with greatly enlarged powers, the establishment of Dublin Fire Brigade in 1862, and the opening of the Vartry Reservoir in 1868, which dramatically improved and increased the city’s water supply and continues to supply water to the city to this day. In 1852 DCC moved its headquarters from the City Assembly House to the larger Royal Exchange, which was re-named City Hall. From 1875 onwards, a series of Acts of Parliament gave the Corporation power to build housing for the working classes.

This collection offers a wealth of civic and national research opportunities for the period. From 1881 the council printed and indexed all council minutes. This has sometimes meant that the earlier manuscript minutes have not been as well used as they could be. The manuscript volumes are large and heavy. Although written ‘in a fair hand’ and indexed they are not often consulted by historians and researchers. Their digitisation and availability online should help to remedy that situation.

In addition to making this manuscript collection accessible through digitisation, the collection was transcribed as part of #TranscriptionWeek (Monday 28 of March-Thursday 1 of April). DRI and DCLA hosted a series of free online workshops where members of the public were invited to transcribe the manuscripts using the Transcribathon platform for crowdsourcing transcriptions on Europeana. The transcriptions will be made available through Europeana and DRI. You can find out more about these events here.

You can explore the Dublin City Council Manuscript Minutes 1841 - 1881 here. 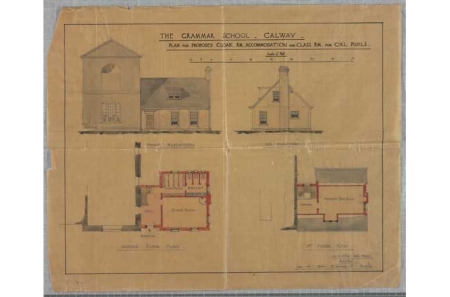 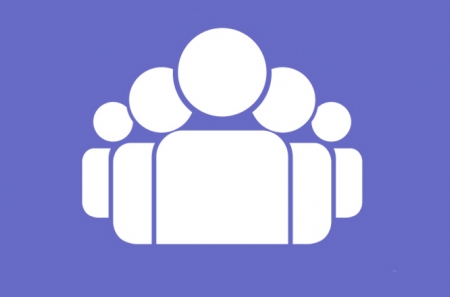