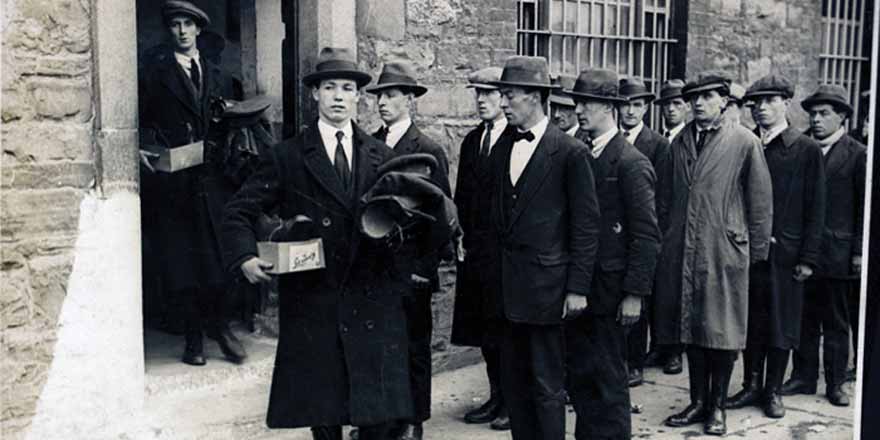 In collaboration with Century Ireland, we are making the 50 essays freely available online. Today's essay is by Lisa Godson and it covers the first anniversary of the burning of the Custom House that was marked on 25 May 1922:

On Thursday, 25 May 1922 the first anniversary of the IRA’s ‘taking’ of the Custom House was marked in Dublin. As the headquarters of the Local Government Board of Ireland, it had been of vital importance to the British administration before being attacked and burned by more than 100 young republicans dressed in civilian clothing; the necessary disguise to launch a surprise assault. The ensuing skirmish resulted in the deaths of five combatants and three civilians and the almost total destruction of James Gandon’s ‘jewel of Irish architecture’. One year later, An t-Óglách reported the commemoration by ‘thousands of Irish soldiers’ who attended Requiem Masses with full military honours ‘for those of their comrades who lost their lives in this, the last big engagement of the Liberation War’. Continue reading (you will be redirected to the website of Century Ireland)