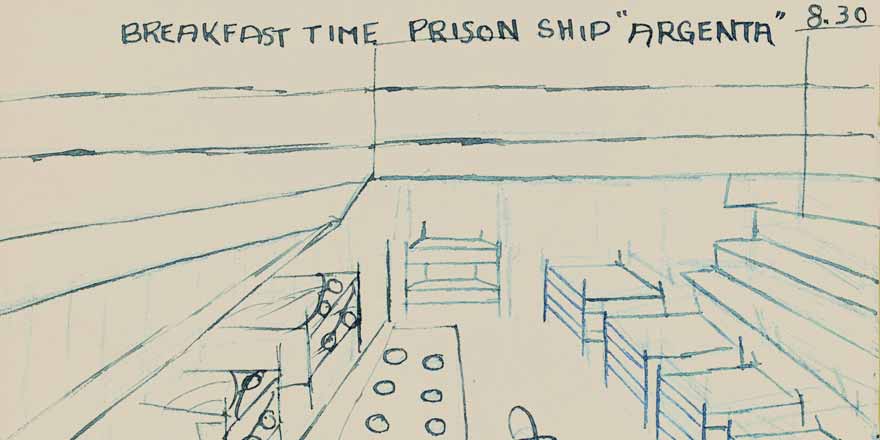 In collaboration with Century Ireland, we are making the 50 essays freely available online. Today's essay is by Anne-Marie McInerney and it covers the arrest of John O’Donnell, which occurred on 29 May 1922:

On 29 May 1922 John O Donnell was arrested following a crackdown on republican and nationalist activists in Northern Ireland. O Donnell, who had been a Volunteer in the Belfast IRA during the turbulent 1918–23 years, was imprisoned on the HMS Argenta until October 1923, when he was released in a ‘dying state’. By June 1925 he had succumbed to tuberculosis. His widow, Bridget O Donnell, penned a letter in 1932 to the minister for defence, Frank Aiken, applying for her dead husband’s military service pension. Bridget related how John was ‘unable to follow his usual occupation as dock labourer’ following his release from the Argenta. It was stated that he had been ‘in perfect health previous to his internment’, and his pension statement recorded that he died as a result of ‘brutal and inhuman treatment’ while on the ship. John O Donnell was not the only prisoner to suffer ill-health following internment on the HMS Argenta. Many of those interned on the ship would suffer the effects of their imprisonment for the rest of their lives. Continue reading (you will be redirected to the website of Century Ireland)