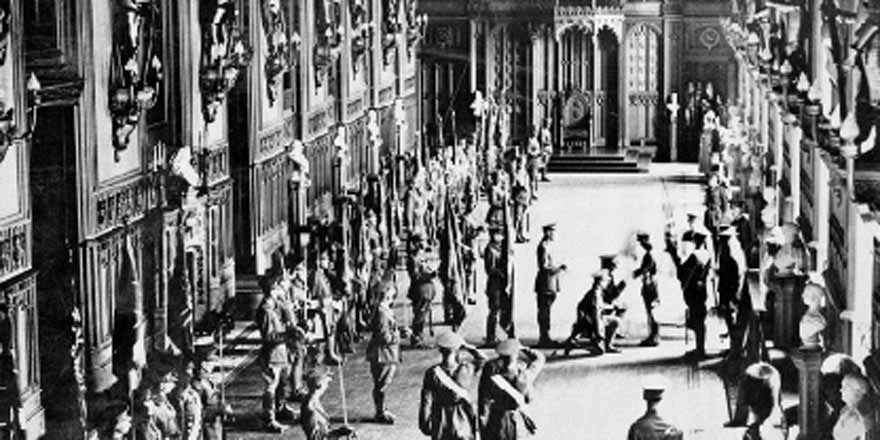 In collaboration with Century Ireland, we are making the 50 essays freely available online. Today's essay is by Heather Jones and it covers the moment on 12 June 1922 when King George V received back the Colours of Irish regiments that were being disbanded following the establishment of the Irish Free State:

‘The ceremony was one of the most touching that I ever beheld’, recalled John Fortescue, the librarian at Windsor Castle, describing the moment on 12 June 1922 when King George V received back the Colours of Irish regiments that were being disbanded following the establishment of the Irish Free State; ‘The King read a message of farewell to each of the regiments and quitted the hall, leaving most of the officers and non-commissioned officers in tears’. Men, who had been through the trenches of the First World War, wept. Colours were bestowed by the king to the regiments of his army to symbolise the British monarchy that their soldiers bled and died for on the battlefield. For Great War veterans, returning them crystallised that their regiment was no more; even that its recent suffering in the theatres of the conflict had come to nought. Continue reading (you will be redirected to the website of Century Ireland)