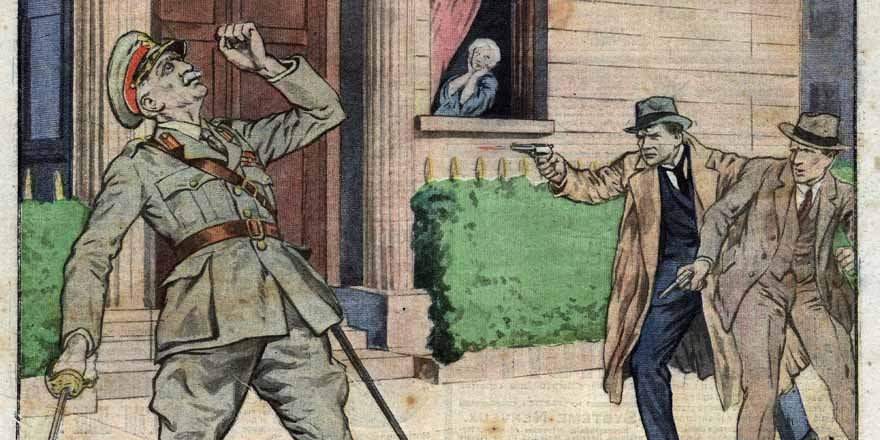 In collaboration with Century Ireland, we are making the 50 essays freely available online. Today's essay is by Fearghal McGarry and it covers the assassination of Sir Henry Wilson, which happened on the 22 June 1922:

At 2.20 p.m. on Thursday, 22 June 1922 Field Marshal Sir Henry Wilson, chief security advisor to the new Northern Irish government and former chief of the Imperial General Staff, was shot dead on the doorstep of his Belgravia home by IRA Commandant Reggie Dunne and Volunteer Joe O’Sullivan. Wilson’s murder—the first assassination of a Westminster MP since Spencer Perceval was killed in 1812—shocked public opinion. It also hastened the onset of the Irish civil war: Winston Churchill warned Michael Collins that British troops would move against the anti-Treaty IRA leadership at the Four Courts, which he (wrongly) blamed for the outrage, if the Provisional Government failed to do so. Continue reading (you will be redirected to the website of Century Ireland)