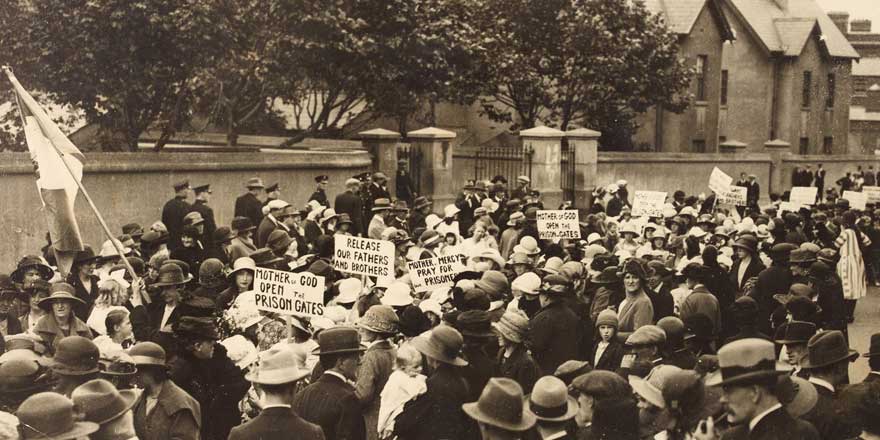 In collaboration with Century Ireland(link is external), we are making the 50 essays freely available online. Today's essay is by Dianne Hall and it covers the Sydney branch of Cumann na mBan and their correspondence with W.T Cosgrave.

As the news of the deteriorating condition of Mary MacSwiney reached Australia in November 1922, the Sydney Ethna Carberry branch of Cumann na mBan swung into action in the only way available to it—by sending a cable of protest to W.T. Cosgrave. Reported in the Melbourne Advocate on 30 November 1922, the actions of the Sydney Cumann na mBan were directed particularly at raising local awareness about the treatment of women like MacSwiney as well as at putting pressure on the Cosgrave government from afar. The news of Mary’s release from prison, and the execution of Erskine Childers, broke on the same day in Melbourne.1 While there was widespread condemnation of the execution of Childers and the treatment of MacSwiney, Irish Australians remained divided over the civil war in Ireland throughout 1922. Continue reading (you will be redirected to the website of Century Ireland)