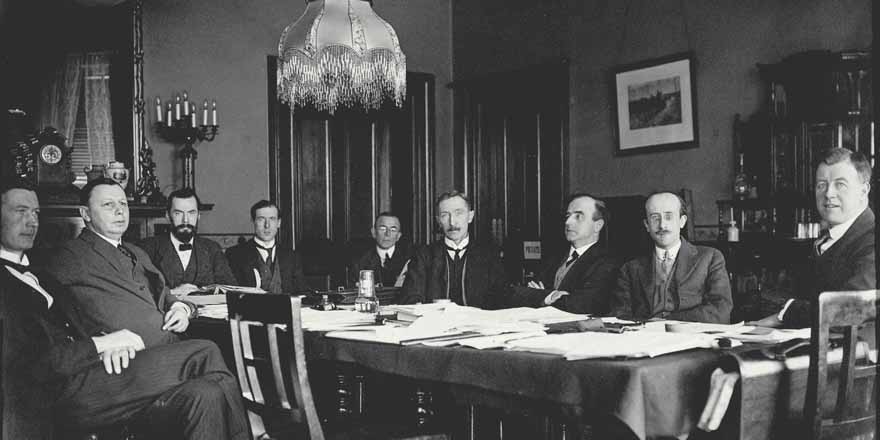 In collaboration with Century Ireland, we are making the 50 essays freely available online. Today's essay is by Bill Kissane and it covers the moment that the Irish Free State Constitution became law.

The constitution of the Irish Free State became law on 6 December 1922. Under the terms of the Anglo-Irish Treaty, signed on 6 December 1921, the constitution had to come into force within a year. The third Dáil was elected as a constituent assembly on 16 June, and first considered the draft constitution on 18 September. After several amendments, it was ratified on 25 October, and received approval at Westminster on 5 December. Thus 1922 gave Sinn Féin an historic opportunity to express its values in a legal constitution. Its success in doing so would depend on how it balanced the competing claims of democracy, imperialism and nationalism.  Continue reading (you will be redirected to the website of Century Ireland)

Ireland 1922, edited by Darragh Gannon and Fearghal McGarry, is published by the Royal Irish Academy with support from the Department of Tourism, Culture, Arts, Gaeltacht, Sport and Media under the Decade of Centenaries 2012-2023 programme. Watch an address by Taoiseach Micheál Martin, T.D. to mark the publication of this book (30 November 2022).