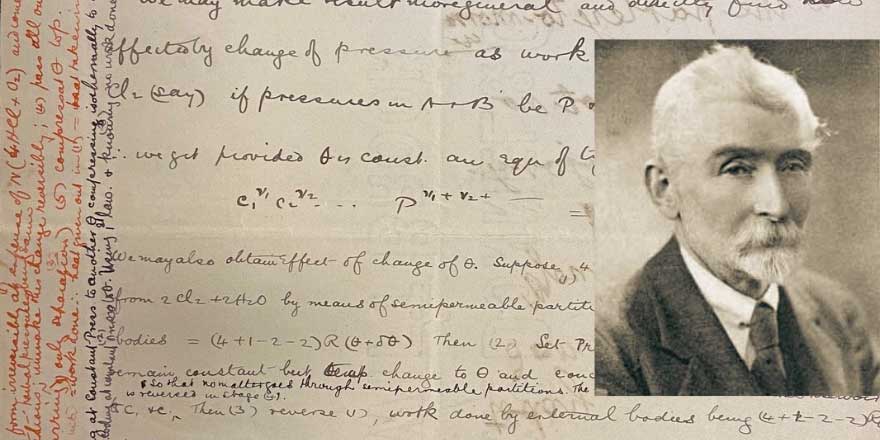 In January 2020 Brendan Scaife MRIA suggested that I examine the contents of two boxes of notes and draft articles by William McFadden Orr MRIA, FRS held in the Library of the Royal Irish Academy (RIA). He is known internationally for the Orr-Sommerfeld equation but I had no previous knowledge of his work as a major Irish scientist. It was necessary to obtain a reader’s card but this was a mere formality. Following an initial reading the contents were clearly very advanced and would be of interest to a researcher dealing with the history of science in Ireland in the late nineteenth and early twentieth centuries. I was satisfied that a full study could be useful and would highlight ideas not discussed in detail in other publications. My attempts to turn his notes into readable articles are on-going. However, they are not appropriate for undergraduates. 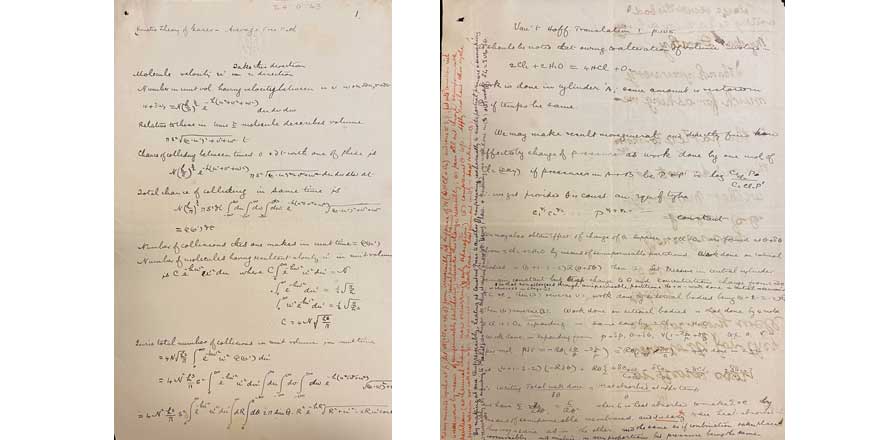 Fig.1-2 Examples of notes in the archive of William McFadden Orr

The notes can be divided into two main categories. All were written in pencil or ink. Short notes of two to four pages were probably solutions to questions or possible suggestions for research. Longer notes in excess of twenty pages may have been presentations to graduate audiences or unfinished drafts of articles for publication. However, none were arranged in sections with specific titles considered as standard in published documents. This would suggest that they were not intended for immediate publication. All contained pages and equations that were adequately numbered in ascending order. Consequently, there was no difficulty in following a proper sequence in any document. I concentrated on the longer notes of twenty pages or longer. The contents usually referred to comments or critical analysis of articles by other leading researchers. An interesting point is that diagrams were non-existent. I assume that this was due to the type of mathematical analysis and his background in mathematical physics. There was considerable use of the Greek alphabet to denote particular parameters which were awkward in typing with Microsoft Office 2016. Although the notes were obviously intended for personal use by McFadden Orr the general lay-outs were quite readable. Any difficulty was in following the advanced technical contents as a proper understanding of text was required to avoid errors. Topics were definitely not intended for undergraduate audiences. I would recommend that the best option is to proceed slowly in any similar examination of archives. I did not find the work to be boring or repetitive and have never regretted my decision to proceed with the study. 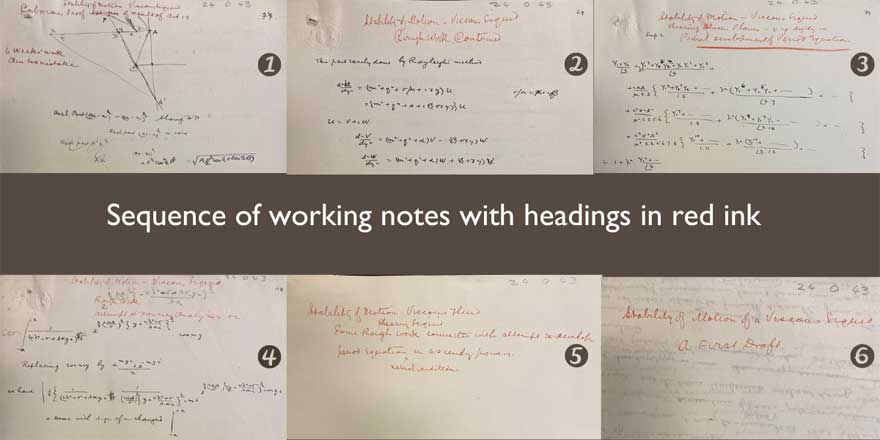 Fig.3 Headings from working notes from beginning (1) to the creation of a first draft (6) with title Stability of motion of a viscous liquid

Topics covered a wide area from hypergeometric series, Fourier integrals, electromagnetics, thermodynamics, viscosity and fluid dynamics. I could not avoid noticing that his depth of analysis and understanding was impressive beyond my ability to describe. He was obviously a genius. Development of the Orr-Sommerfeld equation in fluid dynamics to describe modes of disturbance to a viscous parallel flow is his most widely known contribution to research.

William McFadden Orr retired in 1932 following a very distinguished career in the areas of physics and electrical engineering. He was Professor of Mathematics in the Royal College of Science in Dublin and made major contributions to mathematical physics. 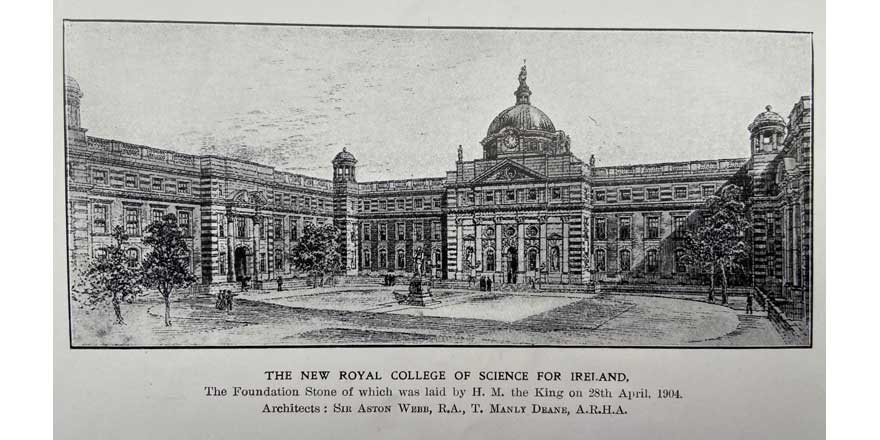 McFadden Orr graduated in mathematics at age nineteen from the Royal University of Ireland. He attended St John’s College Cambridge and in 1888 became Senior Wrangler followed by a fellowship. In 1892 he was appointed Professor of Mathematics in the Royal College of Science for Ireland and transferred in 1926 to University College Dublin. On 29 December 1903 McFadden Orr was proposed for membership of the RIA and duly elected as of 16 March 1904. He was elected to the Royal Society in 1909 and received an honorary DSc from Queen’s University Belfast in 1919. Unfortunately, he died within a year of retirement in 1933 at age 68. 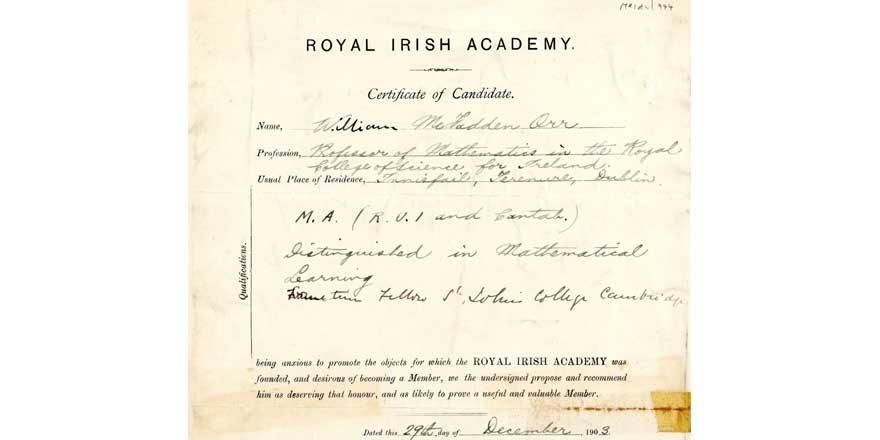 McFadden Orr’s studies covered a wide area. His early publications dealt with hypergeometric series and Fourier integrals. Later publications examined problems in mechanics, thermodynamics and electromagnetics.  A small book titled Notes on thermodynamics for students was highly regarded for its precision in formulation of scientific principles. He published notes on the work of Rudolf Clausius in entropy and irreversible processes. His work on the stability of steady motion of a liquid was well known internationally and became important for research in aerodynamics and fluid motion. Three unpublished notes were about viscous liquids. He may have intended to draft a textbook as he titled them as chapters one, two and three. The details were a critical analysis on papers by Lord Kelvin but his conclusions were based on his examination. For the electron theory that became popular in the second half of the nineteenth-century he was interested in establishing precision for a mechanistic concept. Three notes examined variations in the electromagnetic force of a voltaic cell with a thermoelectric circuit. He demonstrated that the total heat given out in the flow of electricity around a closed circuit was the equivalent of chemical and physical changes - irrespective of the complicated nature of such changes. There was no publication or note on relativity. In general, his work was considered to rely on accurate definitions, logical rigor and clear understandings of fundamental concepts. 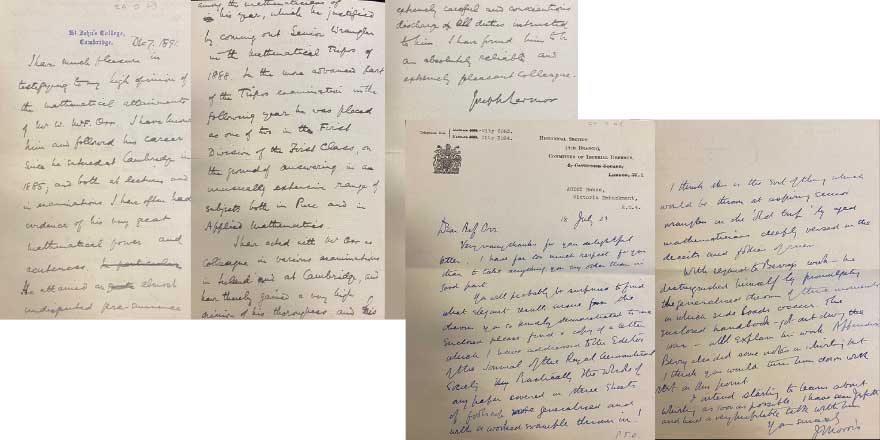 Fig.6 (upper) Letter of recommendation written by Sir Joseph Larmour on 7 December 1891 and (lower) thank you letter written by J. Morris on 18 July 1923

McFadden Orr had extensive correspondence with leading physicists of the late nineteenth-century. In particular, he corresponded with Sir Joseph Larmor over a period of twenty years on problems in electrical engineering. He corresponded with George Francis Fitzgerald about moving conductors and nature of electrons. Unfortunately, no technical details were recorded in the archives. His only controversy was a difference of opinion with Oliver Heaviside on the relevance of Hamilton’s Principle of Least Action. He believed that students should have a clear understanding and stressed its importance for theoretical physics and engineering. The letters were of a personal nature referring to his application for a professorship in the Royal College of Science and have no technical value. However, his views were obviously highly regarded within the international scientific community.

The following documents are typed from hand-written notes in both boxes in the archives. Contents are unchanged and no part had been added or removed in any document. This work is on-going and to date four separate notes have been edited and are available as PDF files.

There is a total of around ten documents that could be reproduced as articles. This will probably take another twelve months with a number beyond restoration due to contents and lengths. Several consist of comments on articles by major physicists of the nineteenth-century. The emphasis is on mechanical and physical problems which could be due to his professorship in a technical college. They cover areas of viscous liquids, dilute solutions and comments on experiments. In the meantime the above list is available in the Library. I must stress that all documents are notes rather than draft articles and are a difficult read. Contents are exactly as written by McFadden Orr. My main concern is that approximately 1,900 equations and formulas handwritten in pencil or ink could be reproduced with serious errors in PDF files. Consequently, technical accuracy is my top priority. It is not my intention to reproduce any document where technical inaccuracies are likely to occur.

Fortunately, the McFadden Orr Archives contain the original document from the Royal Society awarding him the Fellowship of the Royal Society (FRS) title. It is in good condition but has been folded to fit into a box with the other notes and letters. 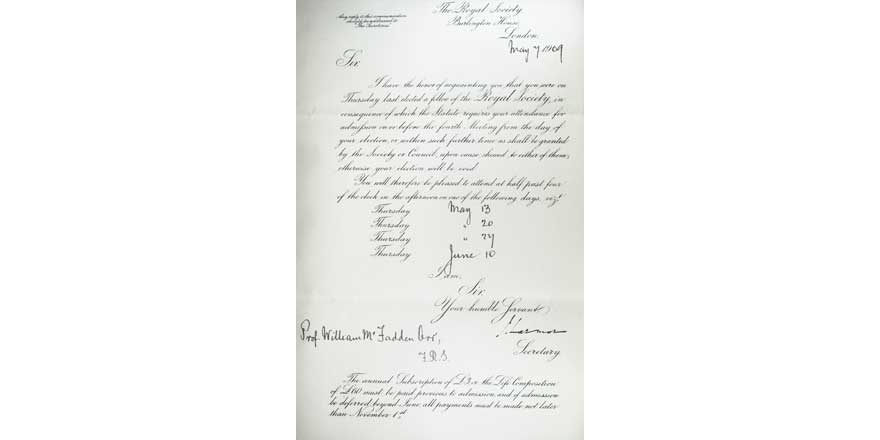 Fig.7 Fellowship of the Royal Society (FRS) title awarded to
William McFadden Orr on 7 May 1909 signed by its secretary Joseph Larmour

He has four major articles published in the Proceedings of the Royal Irish Academy. The award also includes a note reminding McFadden Orr of the annual subscription to the Royal Society. I concluded that some things do not change with time. 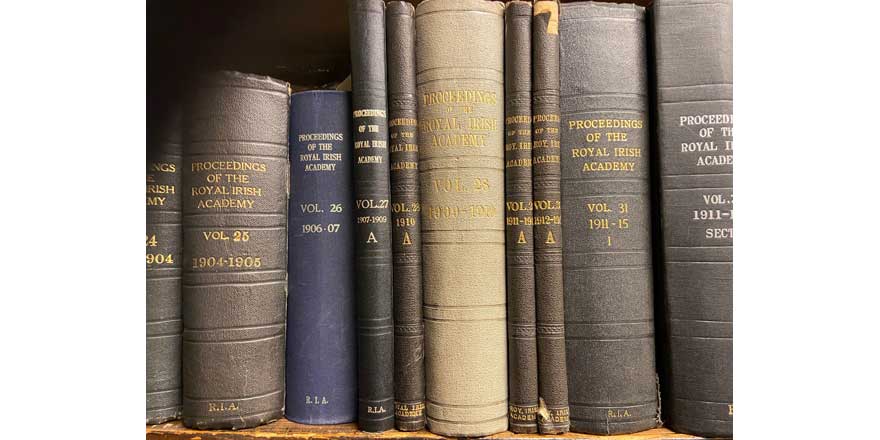 Fig.8 Volumes for Section A of the Proceedings of the Royal Irish Academy in the library

For a listing of publications by William McFadden Orr, please see the PDF link.