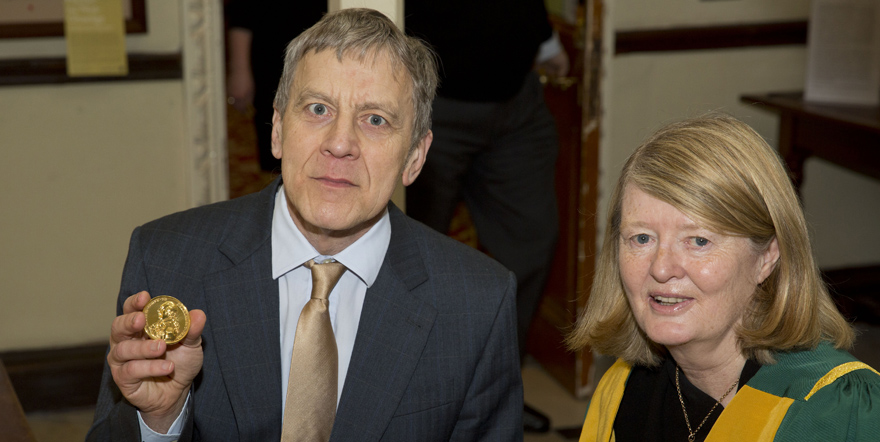 A link between physics, maths and the Mayans

Academy Member - Professor Werner Nahm – was featured in the Irish Times recently, speaking about the link between physics, maths and the Mayans.

Professor Nahm was the 2014 winner of an Academy Gold Medal.

Here’s a sneak peak of the article.

‘Renaissance man” seems a fair enough description for someone who can read Babylonian cuneiform writing, speak Mandarin Chinese, translate texts from the Mayan civilisation and also manage to be an expert on mathematical physics.

Prof Werner Nahm of the Dublin Institute for Advanced Studies has managed all of these feats. Like any great scientist, his driving force him is curiosity.

His science has attracted major national and international awards for its impact and importance to quantum field theory and string theory. Nahm, who is director of the school of theoretical physics at the Dublin Institute, received the Royal Irish Academygold medal for physical and mathematical sciences in January – an award that came as a “big surprise” – and the Max Planck Medal in 2013. He was made a fellow of the Royal Society in 2011 and has a collection of other distinctions and awards besides.

Read the article in full here and discover the link between physics, maths and the Mayans.