Public Lecture: 'Burning books: what can writing tell us about rights?' 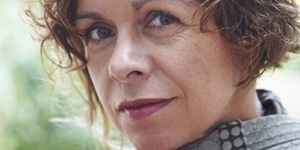 The Royal Irish Academy invites you to attend a public lecture arranged by the Academy's Committee for the Study of Languages, Literature, Culture and Communication.

A public lecture by Professor Lyndsey Stonebridge on the relationship of human rights to modern and contemporary literature. Human rights are everywhere talked about, even though the world is failing those most desperately in need of their enforcement. The lecture will investigate how writers in the twentieth century and beyond have dealt with the complicated questions of statelessness, the Holocaust, enforced exile, and migration.  This is an intersection of law, politics, and literature.

Human rights are now an established, if hotly contested, part of how we define our relations with one another. But for some time now human rights legislators, lawyers and activists have known that the development of law alone is not sufficient for a transformation of beliefs and behaviour. In her recent writing, Professor Lyndsey Stonebridge has explored how cultural and historical structures of feeling have been vital to the progressive development of rights in the modern period. Just as there is a legal and political history of human rights, so too is there a large and rich literary history.

In this talk, Professor Stonebridge will argue that writing tells us something important about rights, about how we imagine them, and about what they might mean.  Focusing on the human rights revolution of the mid-twentieth century, she will suggest that questions about how we read are closely entwined with what we understand human rights are for. At a time when both the European rights project and the value of the humanities are under more pressure than ever before, she will make the case for a critical commitment to the progressive potential of both writing and ‘righting’.

Lyndsey Stonebridge is Professor of Modern Literature at the University of East Anglia where she also teaches history and human rights. Her most recent book, The Judicial Imagination: Writing after Nuremberg (2011) told the story of the struggle to imagine new forms of justice after World War Two by looking at the critical role of the writers such as Hannah Arendt, Rebecca West, Elizabeth Bowen and Muriel Spark. The book showed how matters of style and genre were capable of articulating the new legal, moral, and political ambiguities of an age of atrocity.  She is currently completing a new study of statelessness in the twentieth century, Placeless People: Rights, Writing and Refugees. Other publications include: The Destructive Element (1998) and The Writing of Anxiety (2007).  In 2014 she was the Principal Investigator of the AHRC’s Humanities in Human Rights collaborative skills initiative.