Panel Discussion: At Home in the Revolution: What Women Said and Did in 1916 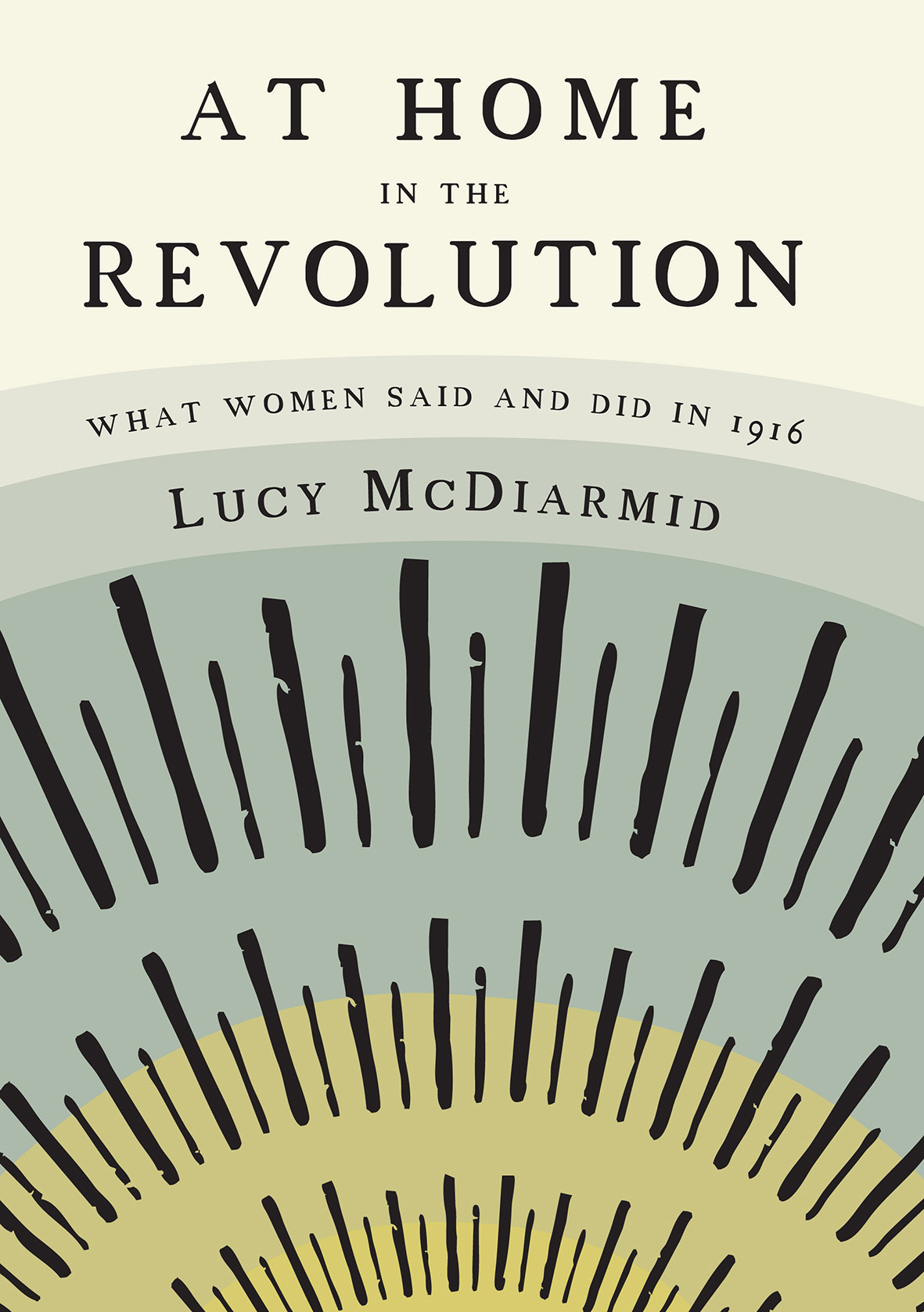 Chaired by Catriona Crowe with Margaret O’Callaghan, Lucy McDiarmid and others.

Join us for a discussion of the role women played in the Easter Rising. The panel will be followed by the launch of At home in the revolution: what women said and did in 1916 which is written by Lucy McDiarmid. Places are limited, so booking is essential.

At Home in the Revolution as a publication derives its material from women’s own accounts of the Easter Rising, interpreted broadly to include also the Howth gun-running and events that took place over the summer of 1916 in Ireland. These eye-witness narratives -- diaries, memoirs, letters, autobiographies, and official witness statements -- were written by nationalists and unionists, Catholics and Protestants, women who felt completely at home in the garrisons, cooking for the men and treating their wounds, and women who stayed at home during the Rising. The book’s focus is on the kind of episode usually ignored by traditional historians: cooking with bayonets, arguing with priests, resisting sexual harassment, soothing a female prostitute, doing sixteen-hand reels in Kilmainham Gaol, or disagreeing with Prime Minister Asquith about the effect of the Rising on Dublin’s architecture. The women’s ‘small behaviours’, to use Erving Goffman’s term, reveal social change in process, not the official history of manifestoes and legislation, but the unofficial history of access to a door or a leap through a window; they show how issues of gender were negotiated at a time of revolution.