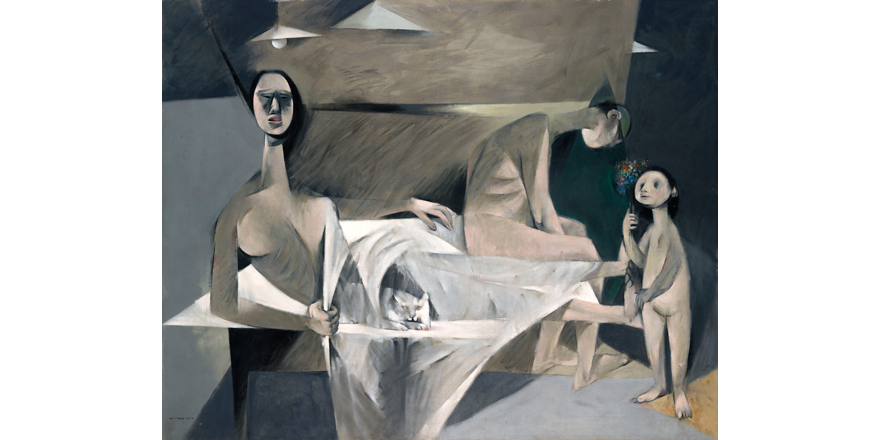 Modern Ireland in 100 Artworks: ‘A Family’ by Louis le Brocquy

The latest entry in our Modern Ireland in 100 Artworks series comes from volume v of the Art and Architecture of Ireland – Louis Le Brocquy ‘A Family’.The painting, influenced by ‘Guernica’, secured his place in international modernism.

Here’s a sneak peak at the Irish Times article

When Louis le Brocquy’s painting Travelling Woman with Newspaper, from 1948, was auctioned for almost £1.2 million, in 2000, even Irish people who despise sale prices as indicators of aesthetic value were pleased to see a living Irish artist break through the million-pound barrier on the international market.

It was not always so. In 1952 a more famous painting by le Brocquy, A Family, was offered as a gift to the penniless Hugh Lane Municipal Gallery, only to be rejected. Two years after the 2000 auction the businessman Lochlann Quinn and his wife, Brenda, bought A Family privately for €2.7 million and gave it to the National Gallery of Ireland under the State’s heritage donation scheme. How those private patrons, refused 50 years earlier, must have smiled.

Are you familiar with the Art and Architecture of Ireland project? Have a look at this introductory video to the project