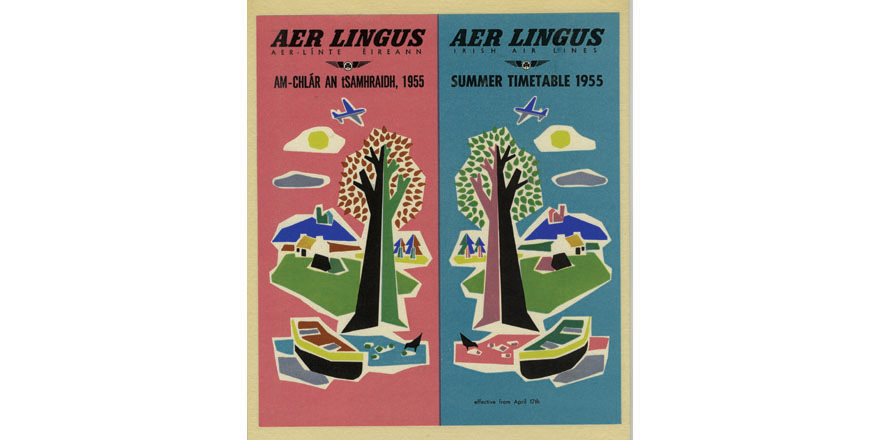 Learn more about the Art and Architecture of Ireland project. Watch an introductory video on the project

In January 1956, Aer Lingus’s publicity department forwarded one of the airline’s posters to the Arts Council. Entitled Dublin it comprised a highly stylised illustration of Ormond Quay. It was designed by Dutch designer Guus Melai. Although the British journal Modern Publicity had described the poster as representing “the best of European publicity material”, Arts Council chairman Patrick J Little wrote to Aer Lingus’s General Manager, JF Dempsey, stating that the council thought it had “very little artistic merit”. He further suggested that Aer Lingus, and all other “public bodies” should first consult with the council before “embarking on activities of this nature”.

Dempsey’s reply, courteous but firm, explained that the success of “commercial publicity” demanded “compromises with sheer artistic effort” and declined the offer of consultation stating that “time rarely permits us to delay production that usually has a degree of urgency”.