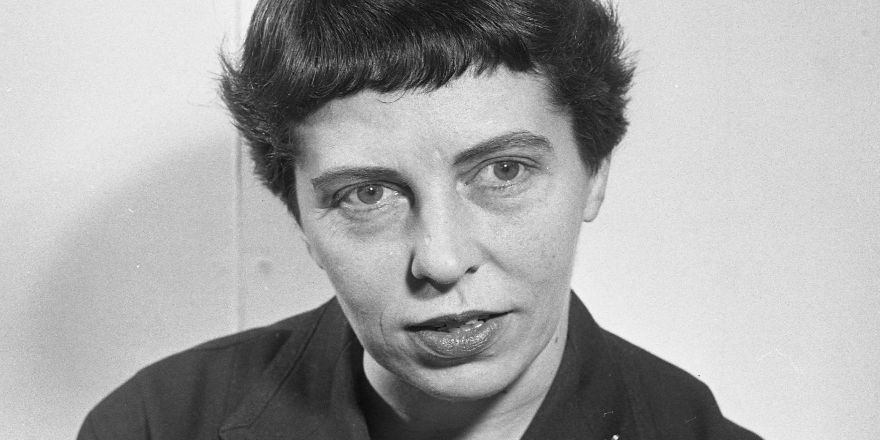 Have you caught up on the Modern Ireland in 100 Artworks series? What has been your favourite artwork to date?

Born in the year the State was founded, Máire Mhac an tSaoi could be considered part of its royalty. She was the eldest child of Seán MacEntee, the Belfast-born engineer, republican militant and founding member of Fianna Fáil, and Margaret Browne, a Tipperary-born secondary teacher.

In the 1950s her father was successively minister for finance, minister for health and tánaiste. She herself, after a brilliant university career as a student of modern languages and Celtic studies, became a diplomat, at the department of external affairs, from 1947 until 1962. She had to resign on her marriage to Conor Cruise O’Brien, who was then Ireland’s representative at the United Nations.

When she started to publish poetry in Irish it might have seemed obvious that she would emerge as a quintessential Establishment figure. Yet what is most striking about her first collection, Margadh na Saoire, apart from its outstanding technical accomplishment, is its defiant expression of female desire.