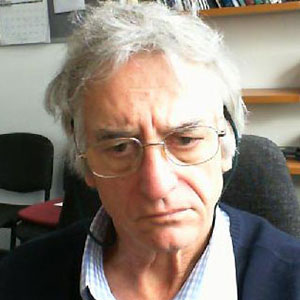 Bert Rima was born in The Netherlands and educated at the Technological University of Delft in chemical engineering and biotechnology.  He then pursued Ph.D. studies at McMaster University in Hamilton, Ontario, Canada in bacterial and phage genetics. He came to QUB in 1974.

Bert Rima was appointed Professor of Molecular Biology in 1993. His main research interest is to apply molecular biological and genetic techniques to virology and infectious diseases in general. He has an interest in human viruses (mumps and measles) as well as animal viruses such as rinderpest, canine distemper and seal and dolphin morbilliviruses. His work now centres primarily on how viruses are attenuated for vaccines and what barriers exist that prevent animal viruses from infecting humans and vice versa. He has published a book, over 160 refereed papers and invited reviews.