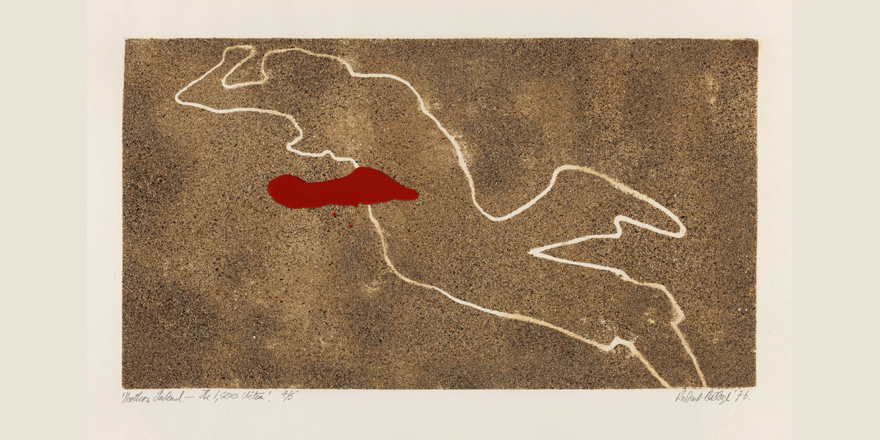 Painter and Designer Robert Ballagh, was born in Dublin in 1943 where he continues to live. His entry to the visual arts in 1967 challenged conventional art form through his use of techniques familiar to graphic design and advertising rather than to that of fine art. Volume V: Twentieth Century of Art and Architecture of Ireland, refers to his work as ‘a jubilantly new pop –art language.’

Following the outbreak of the ‘Troubles’ in Northern Ireland in 1969 his work became more political in its context. In 1972, in response to the British Army’s shooting of thirteen civilians during an anti-internment march in Derry, he made more explicit work in chalk and blood on the floor of the Project Arts Centre.

You can read more about Robert Ballagh’s artwork in ‘Volume V: Twentieth Century’ of Art and Architecture of Ireland