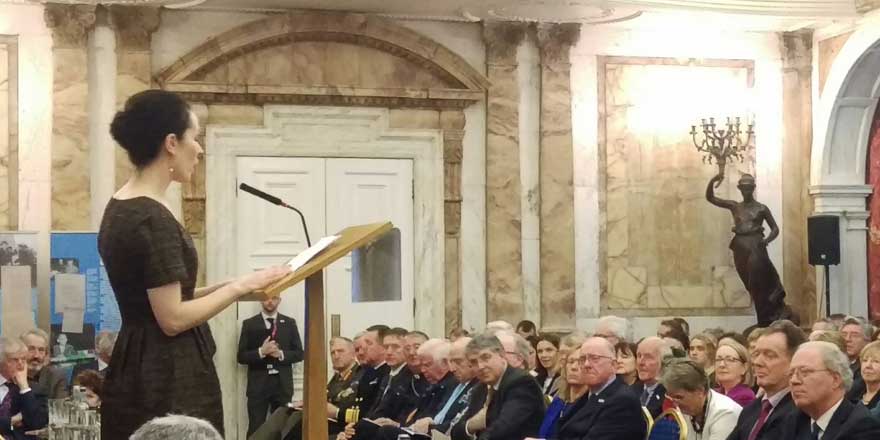 Through 2015 Michael and Kate worked closely with the Department of Foreign Affairs and Trade and the National Archives curating an exhibition marking sixty years of Ireland’s UN membership.

The key event in the anniversary year was a symposium held at Iveagh House in December 2015. Speakers included Mary Robinson, Kofi Annan and Peter Sutherland.

Kate launched the UN60 exhibition to a capacity crowd at the symposium. Those present included the Minister for Foreign Affairs and Trade, the Chief of Staff of the Defence Forces and many members of the diplomatic corps.

The UN60 Exhibition was on display in the Academy Library in early January and Michael gave a very well attended Library Lunchtime lecture on 13 January exploring its themes.

A podcast of the lecture is available on www.ria.ie and the UN60 exhibition booklet can be downloaded from www.dfa.ie/UN60.