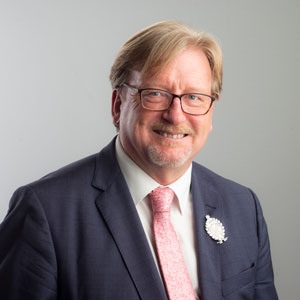 His honours include an Honorary Doctorate from Universite de Technologie de Troyes, Fellowship of the Irish Academy of Engineering, Honorary Membership of the Daylight Academy, Honorary Fellowship of the Chartered Institute of Building Services Engineers, the CIBSE Napier Shaw Medal; the Energy Institute’s Roscoe Award, the American Association of Publishers PROSE Award for the book “Comprehensive Renewable Energy”, the Lifetime Achievement Award from the Solaris Conference series and “Solar Energy” Journal Best Paper Award in Photovoltaics. He is an Honorary Professor at Universities in Northern Ireland, China and USA.

He is a Principal Investigator in MaREI, the Irish national research centre for Energy, Climate and Marine and leads its Energy Efficiency research area. He has given numerous invited and keynote lectures. He is currently Vice-President and Treasurer of the European Sustainable Energy Innovation Alliance. He has led international collaborative research programmes, IEA and COST activities. He has undertaken strategic reviews of energy research; including those for the UK, Estonia and several universities internationally. Professor Norton has supervised over fifty doctorates. His extensive research outputs have received over 14,000 citations with an h-index of 60.

As Secretary for Policy and International of the Royal Irish Academy, he serves on the European Academies Science Advisory Committee (EUSAC) and the EASAC Energy Panel. As immediate past-President of Dublin Institute of Technology, he played a major role in the creation of Technological University Dublin and in the realisation of its flagship Dublin city-centre campus at Grangegorman. Previously he held posts at Ulster and Cranfield Universities. Originally qualified as a Physicist, he has Doctorates in Engineering from Cranfield and Nottingham Universities.