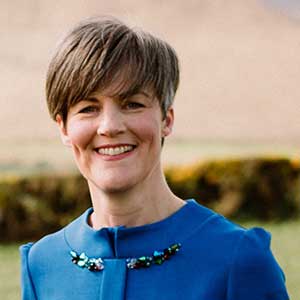 Dr Cowan is also a member of the Academy’s Geosciences and Geographical Sciences Committee, where she spearheaded the introduction of an MLA-Geoscientist Pairing Scheme in Northern Ireland.

Dr Cowan has been a cornerstone in the £6M Tellus and £4.5M Tellus Border soil geochemistry and geophysical mapping projects in NI and Ireland; the communications campaigns of which were awarded five industry awards from Chartered Institute of Public Relations and Public Relations Institute of Ireland.