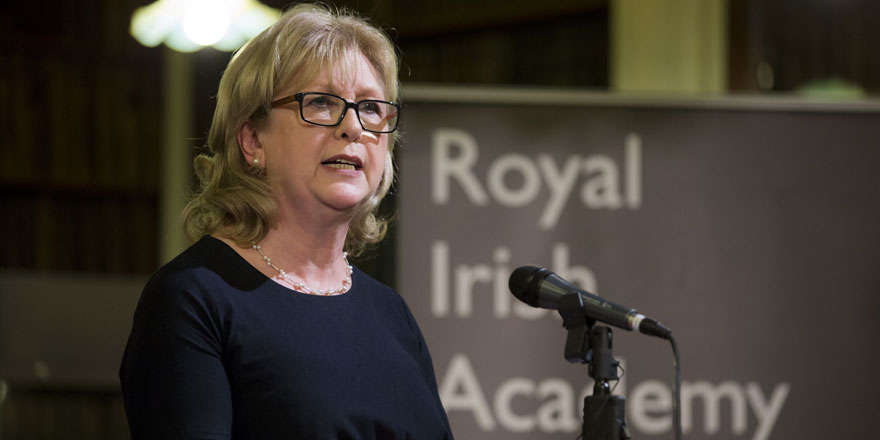 The Holy See and the 1989 UN Convention on the Rights of the Child: Is a once-promising journey now going backward

Professor Mary McAleese MRIA, former President of Ireland, delivered a discourse entitled ‘The Holy See and the 1989 UN Convention on the Rights of the Child: is a once-promising journey now going backwards?’ She speaks about her subject area and her relationship with the Academy, saying:

I have such respect for the RIA and its insistence on grounded scholarship that when I was asked I knew I had to say yes to it (her Discourse lecture), that I could not say ‘no’ because I have such respect… I also felt deeply challenged because I knew I was going to have to reach the bar of scholarship that they set. So that’s the challenge.  I think that it’s one of those things that when you become a Member of the RIA there is a part of you that says ‘yippee’ and a part of you that says …‘isn’t this wonderful’…There’s a sense of arrival or docking, perhaps, after a career—a long career in academic life. There is a sense of being called home, becoming part of the Academy and I love that. I have to say that when I was given that honour (there was) a great sense of personal contentment.

The full discourse will be availble to watch shortly.