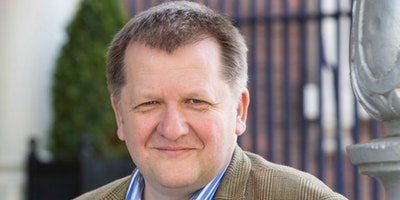 This Academy Discourse by Professor Alvin Jackson, Hon. MRIA marking the anniversary of the death of John Redmond is the fourth in the series sponsored by Mason Hayes & Curran.

This event follows the day-long seminar John Redmond and the Irish Parliamentary Party: a Centenary Symposium. Please book separately for this event by clicking here.

Professor Alvin Jackson is the author of Judging Redmond and Carson, published by the Royal Irish Academy in March 2018 with support from the Department of Culture, Heritage and the Gaeltacht, and available to purchase from our webshop.

Please note that this event will be filmed and photographed. The recording and photographs may be used for promotional purposes and for the Academy's historical record, and may be published on our website, and that of our sponsor. If you do not wish to be filmed, please speak to a member of staff. Further details on our data protection policy may be obtained by emailing dataprotection@ria.ie