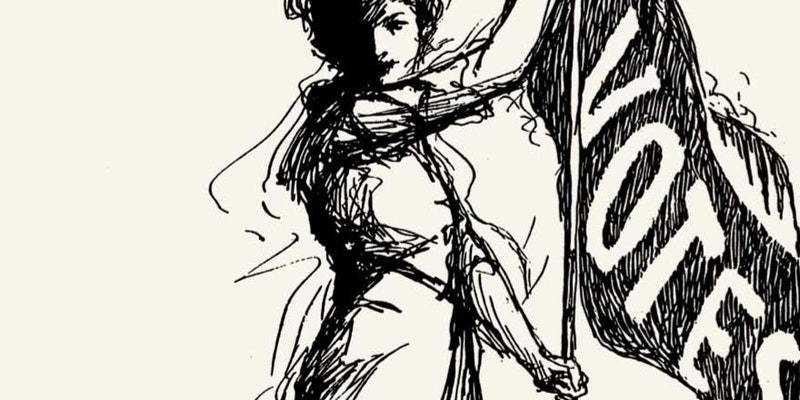 As part of the Academy's 2018 theme of Diversity, the Suffrage Centenary was commemorated at the Academy with a conference, which was held on 1 February 2018 in association with the Houses of the Oireachtas.

There will be more events during 2018 based on the theme of Diversity, including a Discourse with four female Tánaistí.

Representation, gender and politics: past and present

On 1 February, we celebrated female suffrage with a conference commemorating the Centenary of Suffrage: Representation, gender and politics: past and present presented in association with the Houses of the Oireachtas. This was an all-day conference which critically reflected upon the history of female suffrage and also celebrated the lives and experiences of women in Irish politics, past and present.

The award winning Women on Walls artwork is currently not on exhibition at the Academy.  The exhibition was brought on tour by the Department of Foreign Affairs and Trade to the United States of America. The artworks were exhibited at the United Nataions Headquarters in New York, 12-18 March 2018 to mark the 62nd session of the Commission on the Status of Women for which Geraldine Byrne Nason, MRIA is the chair-designate.

Françoise Henry and the history of Irish art

The Library is running an exhibition on one the Academy’s first four female Members who was also featured in Women on Walls: Françoise Henry and the history of Irish art. Henry was an eminent archaeologist and Celtic art specialist and this exhibition includes some of her original papers, notes, journals and sketches.

On 1st January, we commemorated the 250th anniversary of the birth of Maria Edgeworth, who was one of the first female Honorary Members of the Royal Irish Academy.