From 'machine bread' to artisan loaves: Ireland's other staple in the nineteenth and twentieth centuries 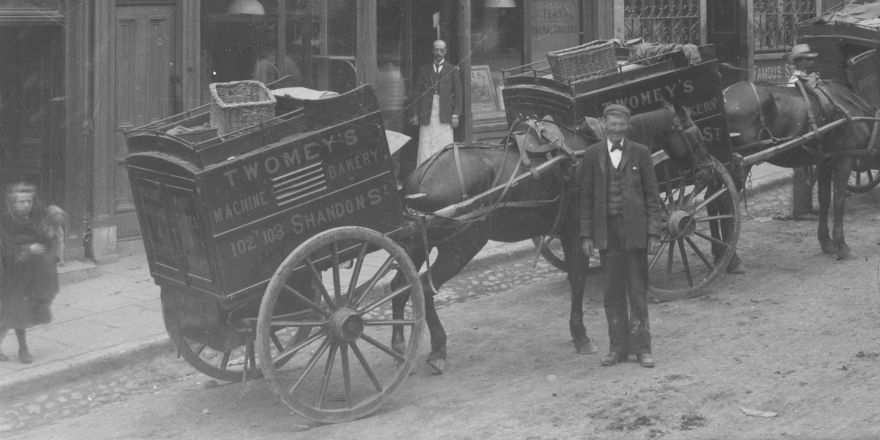 This lecture has been organised as part of the Dublin Festival of History.

This talk looks at four different stories around the making and consuming of bread in modern Ireland.  We start with the advent of 'machine bread', made by aerating rather than fermenting dough at the end of the nineteenth century.  We consider the backlash against the 'bread and spread' meal in the twentieth century.  From the Grow More Wheat drive of the Second World War years and Maura Laverty’s efforts to get home bakers to use wheat substitutes we look at declining grain production in Ireland as we moved from bread to beef. Finally, we consider the recent interlinked history of beer, bread and sourdough starter obsessives.

Catherine Cleary is a journalist, author and broadcaster. She began her career as a reporter with the Irish Times and later became security correspondent with The Sunday Tribune. Her first book Life Sentence: Murder Victims and their Families was published by O’Brien Press in 2004. Her second, A Month of Somedays, How One Woman made the most of Now, came out in 2012. She co-wrote Counter Culture, The Sheridans Guide to Cheese in 2015. She co-wrote and presented the radio series History on a Plate broadcast on RTE Lyric FM and RTE Radio One with historian Juliana Adelman. She writes the weekly restaurant review in the Irish Times.