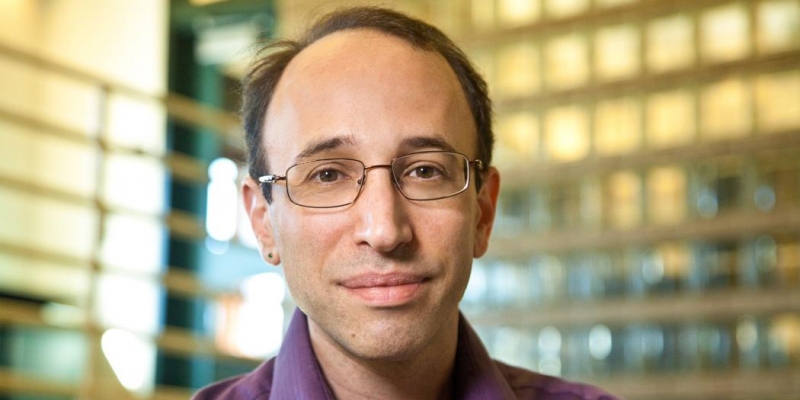 Professor Spielman’s main research interests are the design and analysis of algorithms, network science, machine learning, digital communications and scientific computing. He has received many awards, including the 1995 ACM Doctoral Dissertation Award, the 2002 IEEE Information Theory Paper Award, the 2008 and 2015 Godel Prize, the 2009 Fulkerson Prize, the 2010 Nevanlinna Prize, the 2014 Polya Prize, an inaugural Simons Investigator Award, and a MacArthur Fellowship. He is a Fellow of the Association for Computing Machinery and a member of the Connecticut Academy of Science and Engineering.

In his Hamilton Lecture, Professor Spielman explored how networks are ubiquitous in science and society. Networks, he said, can be very concrete, like road networks connecting cities or networks of wires connecting computers. Or, they can represent more abstract connections such as friendship on Facebook. Epidemiologists are very interested in the networks of people whose contacts can transmit disease. Networks are widely used to model connections between things that have no real connections. For example, Biologists try to understand the functioning of cells by studying networks connecting proteins that interact with each other and Economists try to understand markets by studying networks connecting institutions that trade with each other.

He explored questions like ‘which components of the network are the most important?’, ‘how well do things like information, cars, or disease spread though the network?’, and ‘does the network have a governing structure?’

Professor Spielman explained how engineers and scientists address these questions by modelling networks as physical objects, imagining that the connections are springs, electrical resistors, or pipes that carry fluid, and analysing the resulting systems. This approach has been successful both because we can quickly compute the behaviour of these physical systems and because it allows us to leverage our physical intuition.