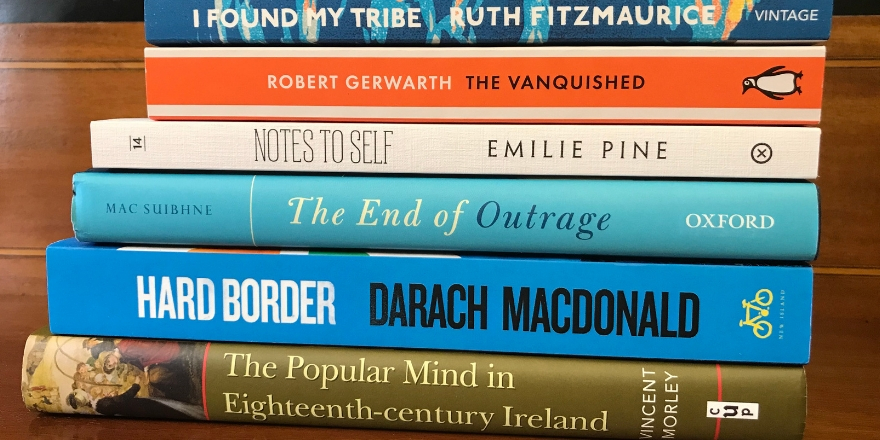 The six books on the shortlist for the 2018 Michel Déon Prize are:

Over 240 titles were nominated through the RIA’s website and the judging panel made their choice from the eligible titles. In shortlisting the titles they were looking for originality; quality of writing and contribution to knowledge and/or public debate.

The €10,000 prize for the winning author is sponsored by the Department of Foreign Affairs. The author will also get the opportunity to give ‘The Michel Déon Lecture’ in France in early 2019.

To reflect the work and interests of the French writer Michel Déon, who made Ireland his home from the 1970s until his death in 2016, the eligible categories for the prize were - autobiography, biography, cultural studies, history, literary studies, philosophy, travel. Authors of any nationality currently living on the island of Ireland who had published a non-fiction book in the period July 2016 to July 2018 were eligible.

The winner will be announced at an award ceremony on the evening of Monday 3 December 2018. For full details of the prize visit www.ria.ie/michel-deon-prize