'Democracy, Truth and Trust in Europe' 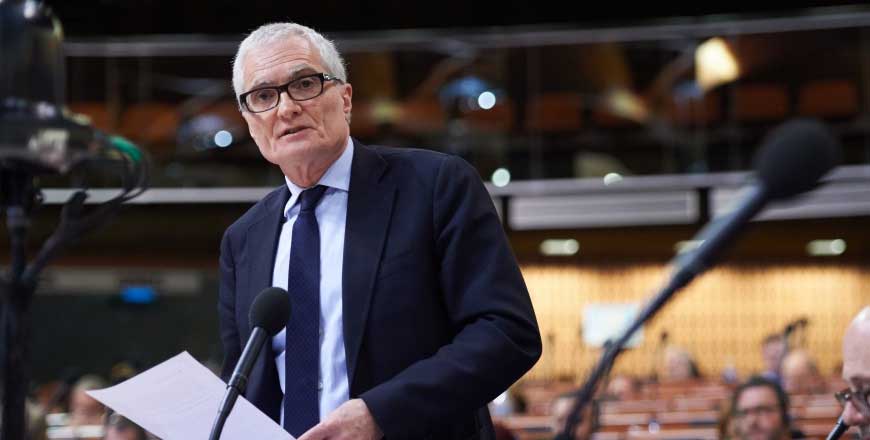 In his presentation, Professor Nicoletti will discuss how fear, intolerance, resentment, hatred, mistrust in the ruling classes are seriously affecting European countries. Representative democracies are showing an increasing weakness and lack of efficacy in governing the great contemporary challenges, such as climate changes, migrations or the protection of social rights. The overlapping of different democracy levels (local, national, international) does not help. These difficulties are not new, but it is clear that the meaning and practices of democracy in Europe require a new theoretical and practical effort to regain the trust of citizens. This effort should start with an in-depth analysis of the present situation. In this context, the fear of self-dispossession can be identified as a feature common to contemporary societies. This fear can either draw regressive responses, such as instable self-identification with charismatic leaders or populist movements, or can foster emancipation. The latter is possible through a vigorous re-proposal of the principle of ‘self-belonging’, understood as, on the one hand, the aspiration that one’s dignity is respected, and, on the other, that the irreducibility and inviolability of the Self be recognized. This principle can serve as the foundation for not only an existential perspective of the liberty and relationality of the individual, but also a vision of society based upon respect for basic universal rights and discursive and participatory procedures which extend from the local to the global level. This vision entails an idea of democracy which aims to be truth-sensitive, non-paternalistic, transparent and responsive, and  can serve as a new conceptual basis for rethinking Europe as a community of peoples and States based on the recognition of diversity and mutual respect.

Please note latecomers will not be admitted