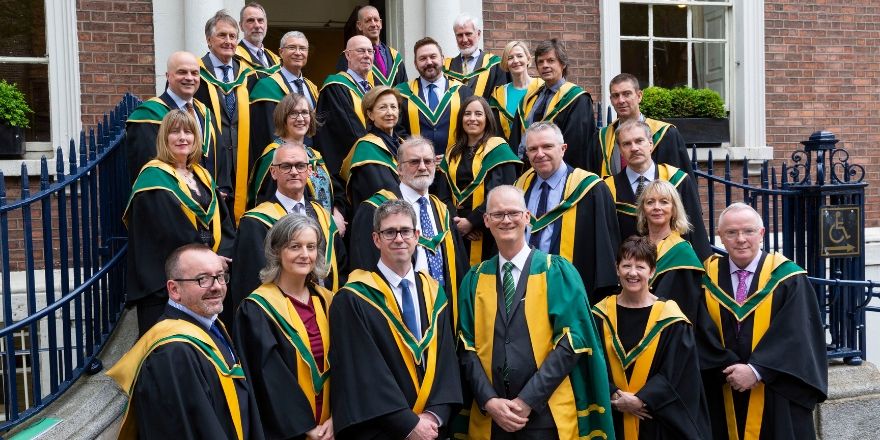 27 New Members elected to the Academy

On Friday 24 May Professor Peter Kennedy, PRIA welcomed these 27 eminent scholars to the Royal Irish Academy.

Professor Kennedy, President of the Royal Irish Academy, said that

‘these individuals have made exceptional contributions in their fields of endeavour. We are delighted to recognise their achievements’.

The new Members of the Royal Irish Academy elected in 2019 are:

There are 606 Members of the Royal Irish Academy (of whom 87 are Honorary or overseas Members) including: William C. Campbell, Nobel Laureate, Louise Richardson, Vice-Chancellor of the University of Oxford; Mary E Daly, historian and Commissioner, Mother and Baby Homes Commission of Investigation; Brian MacCraith, physicist and President of Dublin City University; Frances Ruane, economist and Chair of the Abbey Theatre board; and Eavan Boland, poet;

Those elected are entitled to use the designation ‘MRIA’ after their name.