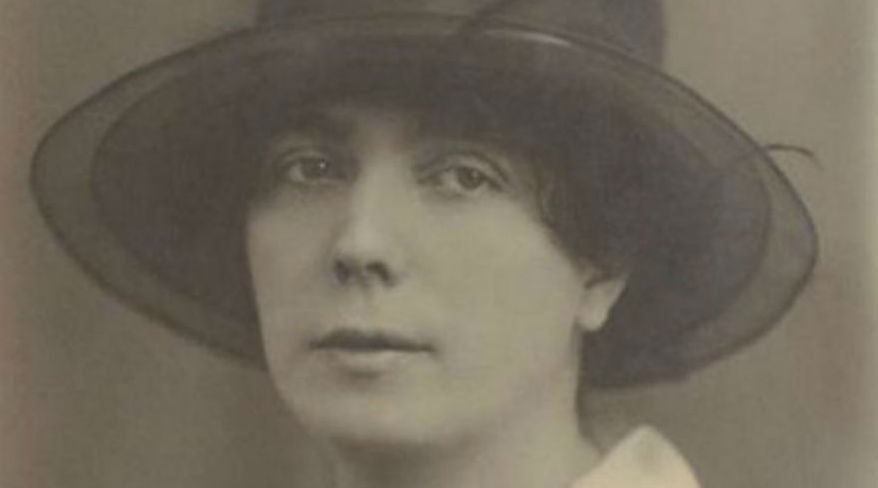 The DIB is publishing its entry for Nora Barnacle, life-partner of James Joyce. The couple had their first date on 16 June 1904, a date immortalised in his novel Ulysses (1922) and thereafter celebrated as 'Bloomsday'.

Nora Barnacle (1884–1951), was born 21 or 22 March 1884 in the maternity ward of Galway city workhouse (which then served as general hospital for Galway), second daughter (and child) of Thomas Barnacle, baker, and Annie Barnacle (née Healy), seamstress and dressmaker. After the birth of a third child (1886), her parents sent her to live with her grandmother Catherine Healy (née Mortimer); however, she maintained close contact with her family, who lived in various tenements throughout the city.

Educated at the Convent of Mercy in Galway, she evidently impressed the sisters, who found her a job as a porter in the local Presentation Convent when she left school (1896). She appears to have supplemented her income by taking in washing and ironing, and listed her occupation in 1901 as a laundress. Often remembered for her vivacious manner, impulsiveness and striking appearance, as a teenager she was rebellious and enjoyed flouting convention. Galway contemporaries recalled her on various occasions dressing up in men's clothes and strolling around the city's streets in disguise.

Her lively personality was not appreciated by her uncle Thomas Healy, who took an increasing interest in his niece's behaviour after her parents' separation. According to her own accounts, his disapproval of her relationship with William Mulvagh, a local protestant, eventually resulted in a confrontation during which she received a severe beating. After this she fled Galway for Dublin in early 1904, where she secured work as a waitress-cum-chambermaid in Finn's Hotel, Leinster Street.

She first met James Joyce while walking in nearby Nassau Street on 10 June 1904. He was supposedly so attracted to her that he walked up and presented himself, though it is possible that they were introduced by his friend Vincent Cosgrave. Their second meeting was probably on 16 June, the date immortalised by Joyce in Ulysses. Having become increasingly close to Joyce and alienated from Dublin, by the autumn she had agreed to elope with him. Without notifying her family or employers she left Dublin with him (8 October 1904) for Zurich, where Joyce wrongly expected to find a job awaiting him. They then travelled to the Adriatic port of Pola (Pula), where Joyce taught English in the Berlitz school, and in spring 1905 moved to Trieste. This was followed by a spell in Rome (July 1906–March 1907) after which they returned to Trieste, where their children Giorgio and Lucia were born in July 1905 and July 1907 respectively.

This nomadic and cosmopolitan lifestyle set the pattern of her life with Joyce. During their early years together they were constantly short of money, and she boosted the family's finances by again taking in laundry, and doing ironing for the families of his private pupils. At times she shared her home with Joyce's siblings, Stanislaus (who helped them out financially on numerous occasions), Eva and Eileen. Despite many difficulties, she coped well with their disorientating life, mastering Italian, German and (with greater difficulty) French, and in time developed her own interests in opera and fashion. She learned to tolerate her husband's brief infatuations with other women, and did her best to manage his erratic behaviour and drinking habits – on one occasion threatening to have their children baptised if he continued drinking. She also endured his obsessive jealousy over former boyfriends. This reached its peak during the first of their brief separations in the summer of 1909, when from Dublin he accused her of conducting an affair with Cosgrave during the early stages of their own relationship in 1904. She made return visits to Ireland herself in 1912, and with both her children in 1922, during the height of the civil war. While resident in Zurich during the first world war, she took part in the performances of the English Players; her portrayal of Cathleen in ‘Riders to the sea’ (17 June 1918), was highly praised.

With a view to regularising their legal position, she and Joyce married in London on 4 July 1931. This was widely reported by the media, and proved embarrassing for Annie Barnacle, who believed her daughter was already married. After twenty happy and successful years in Paris, where she enjoyed her husband's celebrity and the greater financial security that went with it, they returned in late 1940 to Zurich, where Joyce died in January 1941. Throughout the war she found it difficult to receive royalties for his publications from London, and it was not until 1948 that her chronic financial problems abated. With her own health in decline from arthritis, she also worried about her daughter, whose mental illness was being treated in an asylum in occupied France. Despite these many difficulties she maintained her positive outlook and good humour.

She died in Zurich 10 April 1951 and was buried in the Fluntern cemetery there. Joyce scholars have often regarded her as poorly educated and unlettered, citing the fact that she never read Ulysses. However, while she did distance herself from his intellectual concerns and often disparaged his work, some members of their circle readily acknowledged her qualities. Their old friend from Dublin John Francis Byrne described her as a ‘splendid, outstanding helpmate for James Joyce’ (Maddox, 95). Regardless of their dissimilar personalities – Joyce wrote of her to his brother in 1905: ‘With one entire side of my nature she has no sympathy and never will have any’ (Reynolds, 55) – they were a remarkably close couple; and though indifferent to his writing, she undoubtedly was an inspiration to him, as the characters of Gretta Conroy, Molly Bloom and Anna Livia Plurabelle indicate. Over the years she was painted by Tullio Silvestri, Frank Bugden and Myron Nutting.

Image: Nora Joyce (Barnacle), source unknown. Reproduced under fair use as image is in wide circulation.