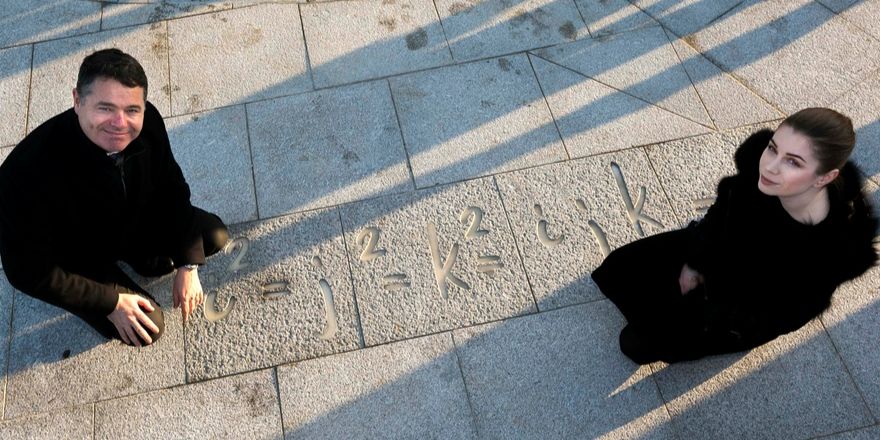 In 2018 the Royal Irish Academy, Transport Infrastructure Ireland and the National Transport Authority decided to mark this important moment in world science by commissioning an artwork for the Luas stop at Broombridge through a competition open to students, staff and alumni of the nearby TU Dublin School of Creative Arts. Former DIT Fine Art student, Emma Ray, a tattoo artist based in Dundalk, Co Louth won the commission.

“The artwork is the story of his walk on 16 October 1843 and how the answer came to him in a flash and probably when he least expected it.”

“Dublin and especially Cabra should be proud of William Rowan Hamilton. We want this artwork to inspire the next generation. Dublin needs new Hamiltons.

“We in Cabra have always had great pride in the story of William Rowan Hamilton’s Eureka moment. This stop is fondly referred to by locals as the ‘Luas Hamilton’ so it is wonderful to launch this artwork by Emma Ray today.”

For more information visit Hamilton Did It