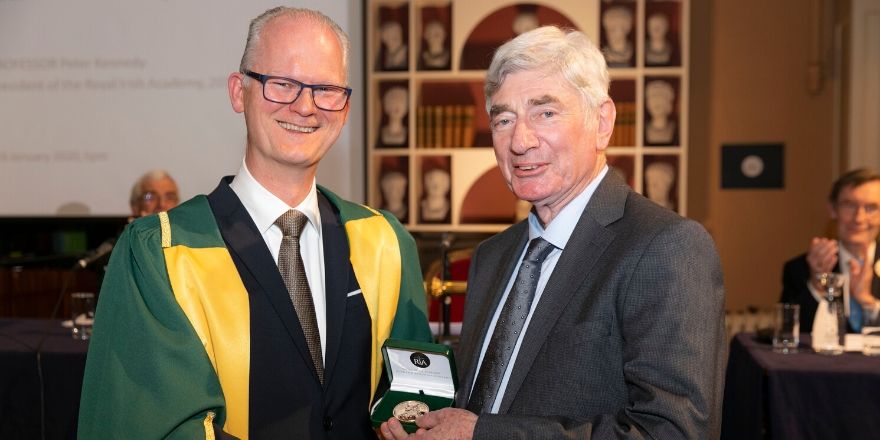 He is well known for his scholarship on both the History of Ireland and Atlantic History, and has also been an academic leader at the National University of Ireland, Galway where he was Vice President for Research, 2005-8. During this tenure he worked with his peers in six other universities to have Humanities and Social Studies opened up to the possibilities of major funding under the government’s PRTLI (Programme for Research in Third Level Institutions) scheme.

Professor Canny’s international standing as a historian has been recognised both through his election to fellowship in a number of other academies, including the British Academy and the American Philosophical Society, and his appointment as editor for the first volume of The Oxford History of the British Empire.

Professor Canny served as President of the Royal Irish Academy from 2008-2011, and subsequently was appointed by the European Commission as a member of the Scientific Council of the European Research Council (2011-16). There he was elected by his peers to serve as Chair of the Open Access Committee where he succeeded in having the Commission’s Open Access rules made more hospitable for researchers in Humanities and Social Sciences.

Peter Kennedy, President of the Royal Irish Academy congratulated Professor Canny for his enormous contribution to scholarship, and for his work to further the objectives of the Academy where, since his election in 1981, he has served repeatedly both on Council and in Office most notably as President from 2008-2011.

On hearing the news that he was to be the 2020 Cunningham Medallist, Professor Canny said that association with the Royal Irish Academy had helped to guide and enrich his work throughout most of his career and that this award of the Academy’s highest honour had placed him further in its debt.