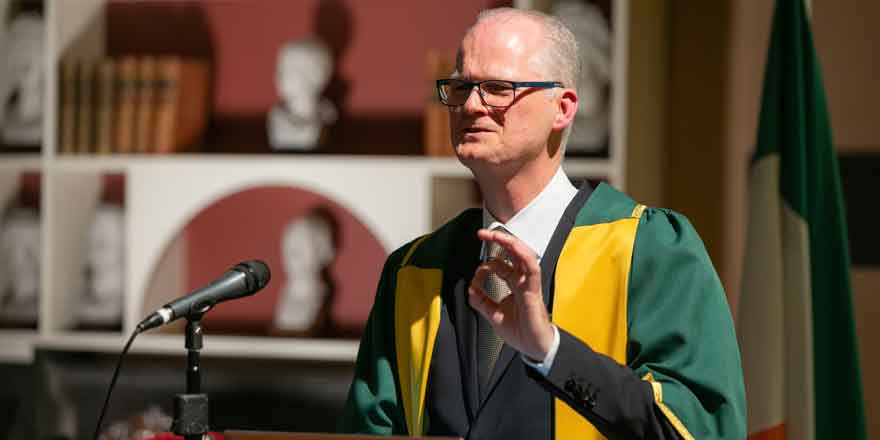 Reflections on the role of a Learned Academy

Listen to Professor Michael Peter Kennedy reflect on the role of a Learned Academy in the Royal Irish Academy Presidential Discourse.

Since the foundation of the Royal Society in 1660, learned academies around the world have shared a common mission of fostering science, learning and academic research. Today, academies are independent self-governing bodies of distinguished scholars drawn from the fields of natural sciences, social sciences and humanities. They contain a unique human resource of intellectual excellence, experience and multidisciplinary knowledge dedicated to the advancement of science and scholarship. Some academies perform research, some are publishers, many are custodians of national cultural treasures, most recognise excellence through prizes and grants, all contribute to public debate in their home countries. This Discourse by the President of the Royal Irish Academy, Professor Michael Peter Kennedy explores the invaluable contributions that learned academies already make to society, opportunities for them to contribute more, and the challenges to their remaining vibrant and relevant in a world that needs but does not always understand evidence-based research.