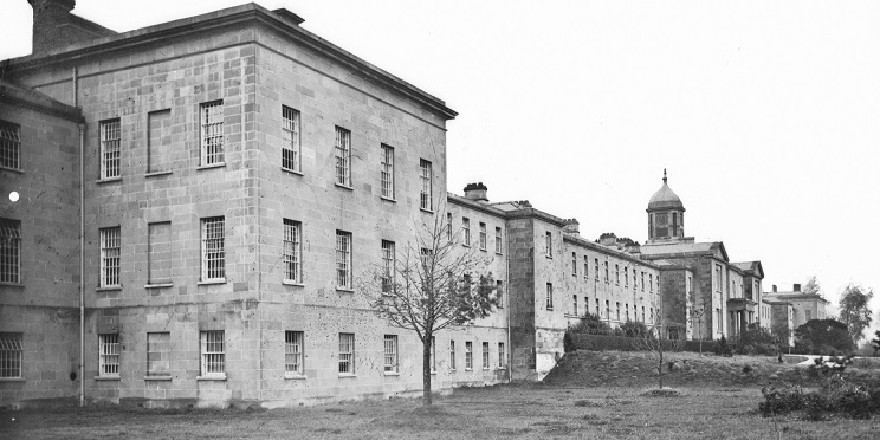 Selected by the DIB’s Terry Clavin, Henry MacCormac’s work in mitigating the worst effects of the 1832 Asian cholera epidemic provides inspiration for our times. His entry is part of our #LockdownReading series.

I am nominating Helen Andrews’ fine biography of Henry MacCormac (1800–66), a physician in the Belfast Fever Hospital. Why? Because he was superintendent of a temporary hospital built in preparation for an Asian cholera epidemic that was spreading westwards. (Diseases spread less quickly then – the hospital was completed two years before the epidemic hit Belfast in 1832). He supervised the treatments and strict quarantine measures that ensured Belfast suffered the lowest infection and mortality rate of any city in Ireland and Britain. Furthermore, he went on to perform similar heroics as a consulting physician at the Belfast District Asylum during another cholera epidemic in 1849. These were but two episodes in the distinguished career of this brilliant polymath whose much-mocked advocacy of the health benefits of fresh air influenced the subsequent development of open-air sanatorium treatments for tuberculosis patients. Although he was unappreciated in Ireland during his lifetime, Andrews’ DIB entry makes clear what an inspiring figure he is, particularly for these times.

MacCormac, Henry (1800–86), physician and writer, was born in Carnan, Co. Armagh, fourth among six sons and two daughters of John MacCormac (d. 1811), linen merchant, and Mary MacCormac (née Hall). MacCormac was probably educated at the Royal School, Armagh; the records for this time are unavailable. He studied medicine in Dublin and at the Hôtel-Dieu, Paris, under Guillaume Dupuytren (1777–1845) before graduating LRCS (1824) and MD (1824) from Edinburgh University. He travelled to Africa (1824), visited the Cape of Good Hope, and sailed in a windjammer to Sierra Leone, where his brother, John MacCormac (1794–1865) was a stipendiary magistrate (subsequently chief magistrate and member of the legislative chamber); he explored the remote parts of West Africa for a year and later visited Canada and America.

Around 1828 MacCormac established a practice in Upper Arthur St., Belfast, and was appointed physician (1830) and consulting physician (1836) to the Belfast Fever (later the Royal Victoria) Hospital. In preparation for the Asiatic cholera epidemic spreading westwards from India, the hospital erected a temporary hospital two years before the disease struck Belfast in 1832. MacCormac was appointed superintendent and wisely organised quarantine quarters; he prescribed dilute mineral acids – a widely used treatment till the 1940s – and the city witnessed a lower incidence of infection and mortality from cholera than other cities in Britain or Ireland. The people of Belfast showed their appreciation by presenting MacCormac with a Georgian silver tea service.

On the founding of a medical faculty in the RBAI, MacCormac was appointed professor in the theory and practice of medicine (1837–49) and dean (1840–48); when the faculty was absorbed into QCB in 1849 MacCormac, unlike many of his colleagues, failed to gain a chair. His applications for the chair of medicine at Edinburgh University (1855) and for the chair of materia medica (1857) and medicine (1865) at QCB were equally unsuccessful, possibly because of his perceived eccentricities and dogmatism.

As consulting physician (1849–86) to the Belfast District Asylum (pictured above) for the Insane, he introduced many reforms, including an improved diet, regular exercise, and improved general care and sanitation. When a further cholera epidemic struck Belfast (1849), with an attendant high mortality rate, the asylum was the only public institution to escape death among its patients, which was attributed to improved sanitation and prophylactic doses of dilute sulphuric acid. MacCormac argued for a more humane understanding of the mentally ill, and published several works including Metanoia, a plea for the insane (1861), where he argued that insanity was not a disease of the brain substance but resides in the mind's unconsciousness of its consciousness, thus anticipating Freud and later psychology.

He is best known as a pioneer and tireless advocate in lectures, pamphlets, and books, of fresh air as a means to general health and especially as a prophylactic and cure for tuberculosis; he insisted that his family and his patients slept with open windows, even in sub-zero temperatures, and apparently was once hauled into court for poking his umbrella through the bedroom windows of a patient who refused to open them. He published On the nature, treatment and prevention of pulmonary consumption (1855; revised ed. 1865, 1872), which was translated into French and German; in it, he argued that consumption was avoidable and caused by ‘rebreathed air’ leading to the retention of unconsumed carbonaceous wastes in the lungs, and that effective treatment lay in exposure to the open air. His views were generally considered as eccentric: at a meeting of the Royal Medical and Chirurgical Society of London (23 April 1861) his thesis was characterised as a waste of time by one member and was refused the customary vote of thanks by the society (Dublin Medical Press, 8 May 1861, p. 334). Elsewhere, especially in Europe, attention was paid to his ideas, which possibly influenced the later practice of the open-air sanatorium treatment of pulmonary tuberculosis. MacCormac subsequently published a pamphlet, The air cure of tubercular consumption as conducted at Davos and the Engadine (1883), addressed to the Royal Medical and Chirurgical Society; he reminded them of their verdict and sought acknowledgement of the correctness of his thesis. He tended to have a closed mind to views other than his own, and rejected Robert Koch's demonstration in 1882 of the bacillary cause of tuberculosis, ridiculing Koch's work in Etiology of tubercle, with comments on Doctor Robert Koch's bacillus (1882).

Deeply sympathetic to the poor, he wrote indignantly of the appalling conditions in which they lived, published On the best means of improving the moral and physical condition of the working classes (1830), and gave two hours’ free consultation each day to poor patients. His compassion extended to animals and he devised a plan, published as The painless extinction of life in animals designed for human food (1864). He argued against the capital punishment of murderers: ‘The murderer, we are told, is not fit to live. Is he fit to die? . . . Who among us is entirely fit to live or entirely fit to die?’ (Marshall, 196). His progressive views included the desirability of higher education for women.

Throughout his life MacCormac was a prolific writer, often rising at 4 a.m. and working continuously without a break for four or five hours. His first publication was A treatise on the cause and cure of . . . stammering (1828). Around 1866 he reduced his medical practice and devoted his time to writing. His wide-ranging interests and depth of learning were expressed not only in medical subjects – such as his textbooks, Methodus medendi (1842) and the well received An exposition of the nature, treatment, and prevention of continued fever (1835), in which he questioned the absence of a ministry of health (eventually established in 1919), and bemoaned the lack of recognition of the importance of preventing, as well as treating, disease – but also in philosophy and religion. Untrammelled by any creed, he expressed his faith in the goodness of God and the perfectibility of man in The philosophy of human nature (1847). He translated The meditations of Marcus Aurelius Antoninus . . . with the manual of Epictetus (1844) from the Greek, had knowledge of twenty languages, and at the time of his death, was preparing a dictionary of philology.

A devoted family man, he dedicated many of his books to his relatives and enjoyed an extensive circle of friends. An original and progressive thinker, he received relatively little appreciation in Ireland, but was elected a corresponding member of the National Institution of Washington and the Belgian Medical Academy; a street in Copenhagen was named after him. A father figure of the Ulster medical profession, he died 26 May 1886 at his home, 7 Fisherwick Place, Belfast, and was buried in the city cemetery. In 1892 his son William presented a bust of MacCormac by Shakspere Wood (1827–86) to the Belfast Public Art Gallery and Sir William Whitla donated a figure head to the Ulster Medical Society.

MacCormac married (8 October 1833) Mary Newsam, his cousin; they had two sons and three daughters. Their eldest son, William MacCormac became president of the Royal College of Surgeons of England and was created a baronet; their younger son, John MacCormac (1846–1906) was a director of the Northern Linen Company, Belfast. His daughter married William Burden (1798–1879), first professor of midwifery at QCB. Three of his grandsons became doctors. 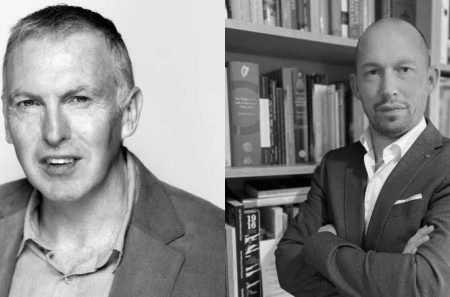